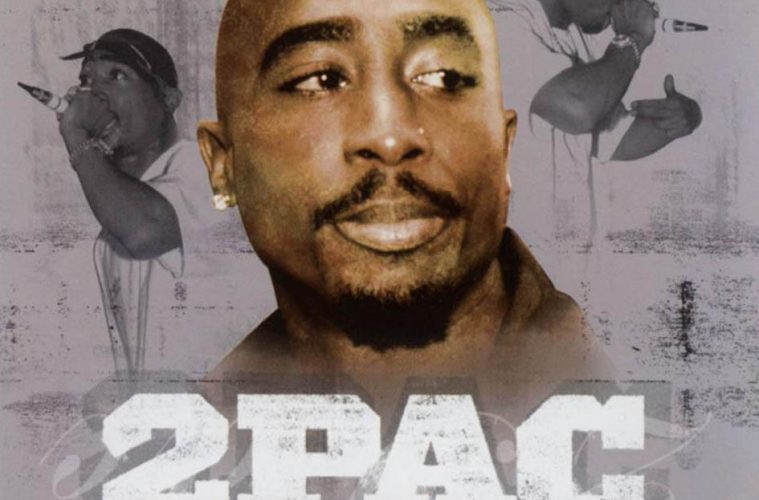 Never let it be said that Suge Knight couldn’t squeeze blood out of a turnip. Having long since run out of new Tupac Shakur material worth releasing, either for quality reasons (unfinished studio tracks or songs so whack ‘Pac didn’t want them released) or legal reasons (Afeni Shakur is the heir to and representative of his estate and is releasing what SHE has left), he still found a couple of ways to stretch the ‘Pac material already in the Death Row vaults. First up was the “Nu-Mixx Klazzics,” a collection of 2Pac songs remixed with new beats. Unfortunately neither the producers chosen or the beats they came up with were any good, and the remixes sounded like an insult instead of a worthy tribute.

Fortunately the idea of a “2Pac Live” album is a little better, and not nearly so difficult to pull off. Tupac Shakur was known then and is still remembered today as a dynamic performer. It was his powerful charisma that launched him from a hype man for Digital Underground who only kicked the occasional verse to a solo recording artist superstar. It was his powerful charisma as a performer in his music videos that launched him from a rap star to a Hollywood movie star. If it weren’t for his untimely demise, there’s no telling just how many forms of mass media he would have conquered. Controversy never hurt Shakur’s career; if anything the critics who lambasted him only made him more fascinating to the fans who respected and admired him. Joining Death Row may have been yet another stepping stone in his success, or may have contributed to his being unmercifully gunned down – only history can be the judge. In the case of “2Pac Live” though, judgment is not nearly so far away.

This album’s title is a bit vague, and as it turns out there’s a good reason for that. This is not just one live 2Pac performance, but a variety of different venues and shows. A few of the songs seem to have been recorded at the House of Blues, but one can only glean that information from listening to the songs themselves. Shamefully Death Row did not include any information about when and where these performances took place on the tracklisting or in the liner notes. What is in the liner notes is a three page tribute by Rhonda Baraka, listed as “a contributor to Billboard.” Let’s generously assume that means she’s a regular contributor. It is a well written piece, but it seems it would have been better in Billboard itself, because few people who buy this CD will even get that far to open the liner notes. If they had to fill that space at all, Shakur fans would be much better served by more details about the performances themselves, and a little less editorializing.

Listening to the album can at times give one a very disconnected feeling. This is a problem any time an attempt is made to capture something done live to audio. Sometimes the energy of the performers and enthusiasm of the live audience spills over onto the recording and really makes you feel like part of the show. Other times, especially on a disjointed album like this taken from different shows, it really hurts to not actually see the performer interacting with the audience. Live rap albums usually don’t work as well as live rock albums, and “2Pac Live” isn’t an exception. The selection of songs does benefit Shakur though as they are tracks he clearly knows well, has performed often, and enjoys performing. It’s clear in fact from the live version of “Hit Em Up” included here that ‘Pac enjoyed his feud with Bad Boy and Notorious B.I.G., and was in no hurry to squash the beef. Again it will be up to history to judge whether or not that feud also helped lead to his demise, not to mention the untimely death of Biggie as well.

Had “2Pac Live” been released as a DVD instead of a CD, it might have worked a little bit better. Had “2Pac Live” been taken all from one concert, warts mistakes and all, it might have worked a little bit better. Had Death Row at least attempted to provide some historical context for the time and place these recordings were made, it might have worked a little bit better. All of this may seem uncomplimentary, but the old axiom that it’s easier to find things to bitch about than to praise holds true here. In all this isn’t such a bad release, disjointed and incomplete as it may be. Tupac Shakur’s dynamic energy still shines through on most of these songs, and it’s certainly a joy to hear him perform “Troublesome” and “California Love” live among other tracks. While this is certainly a lot better than “Nu-Mixx Klazzics” it’s a shame that Death Row wasn’t more ambitious with this release. A bonus DVD with some live footage wouldn’t have hurt either.