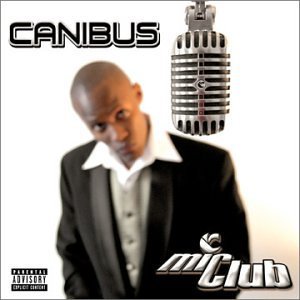 Not many rappers could drop a bomb of whackness the size Canibus did on “Canibus: ‘C’ True Hollywood Stories” and make a musical and lyrical comeback. Then again, not many rappers are Canibus. A rapper who was once best known for blazing guest verses on other people’s songs, who took a taunt from LL Cool J on one such song to heart and then wrote “Second Round K.O.” and nearly destroyed his career. A rapper who when accused of being only a battle rapper released a whole album of conceptual songs on “Can-I-Bus” and then got lambasted by the same critics for NOT writing more punchline based songs. A rapper who released the stellar “2000 B.C.” in response and had it go largely overlooked by the mainstream.

To survive to release a third album, even a somewhat mediocre one, was quite an accomplishment for an MC who has had his strings pulled more times than a yo-yo. If he learned one thing from reaching the heights of the most hailed underground rappers (at one time compared to Rakim) and hitting the lows of being dropped from Universal Records, it’s to trust only in himself. Canibus is as much a boxer now as he ever was when he first sparred with LL. You might be able to knock him down a few times, but if you don’t land the uppercut and a combo of lefts and rights immediately following he’s not gonna hit the canvas. And if he gets off the ropes, LOOK OUT.

“I rip jackers, rip the time space fabric
Loop the future with the past tense lookin for patterns
Eradicate, Africans that sold Africans to Saxons
and forced black men to pay taxes
Attack a whack bitch with counter tactics
Split your bulletproof chassis in half with a rapid gatling
Keep firing at you ’til you trapped in
Non combatants scramble for helicopter extraction”

As a lyricist, there was never any doubt that ‘Bis could drop lines like this, but “Hollywood Stories” may have thrown people off due to a selection of weak beats and bizarre concepts like pretending to be “Stan” from Eminem’s album after the car accident. Both mistakes have been fixed here. PlusScience and Kyros handle the majority of this LP’s nice production, but DJ Kemo handles the punchy beat of the above quoted “Poet Laureate” and DJ Serious does “Allied Meta-Forces” for him and guest star Kool G. Rap. The only other guest producers is Stoupe the Enemy of Mankind on “Liberal Arts” featuring Jedi Mind Tricks. The number of guests is kept to a minimum on this CD though – a wise decision which allows a Canibus on the rebound to spend the album impressing you with his newfound dedication to razor sharp writing. Take the boom-tastic “Cenior Studies 02” for example:

“My adrenaline rushes when the enemy rush me
Tryin to bust me cause I swore I’d defend my country
If I could choose between bein lucky and having money;
nothin negative could ever touch me
What must be is ultimately not up to me
But I sacrifice my life for yours if you trust me
Pin my medals upon my chest
So I could left-right-left into certain death
God speed and God bless
In the end I hope God is impressed if I’m put to rest
I did what I came to do, no time left
Say my name out the blue cause I rhyme the best”

There’s a sense you get listening to “Mic Club” that Canibus went in the lab and decided to come out with only 13 tracks worthy of representing him. The length of the LP clocks in at just over 54 minutes, but it goes by so quick you’ll have thought it was 30 or less. There’s really nothing to skip over here – no skits, no tracks that bore, and even the intro and the outro feature lyrical skills and a nice beat instead of just the usual rah rah or lame assed skits. But wait, you’re probably wondering what ‘Bis had to say about Eminem calling him a “Can-i-bitch” on his last album? Don’t worry, he didn’t miss that diss. ” “Dr. C PhD” answers exactly what he thought of the attack, and it’s vicious:

“Motherfucker, my greatgrandfather was Irish
Let’s roll the dices, i’ll break you like young Tyson
Give me the mic man, I don’t need no hype man
Put a thousand on me, put one on him
I tear off his limbs, throw him in, and tell him to swim
Yo I soak that shit and coat that shit in soy sauce
Tell the FCC boss, turn that noise off; call Detroit’s Mafia boss
Tell him yo I got a job for you, I want you to bust his balls
[…]
Diss you and your man, double the beef
To tell you the truth, I thought your rebuttal was weak
‘Round the outside’ blah, blah, et cetera, et cetera
The body of my literature is bigger than South America
Nigga look, this is all I gots to say
Suck my P-H-D-I-C-K!”

To get personal for a moment, I have to honestly say that I was reluctant to buy this album. I felt burned by Canibus the last time out, and was dissapointed that one of my favorite rappers would put such whack shit out. People kept sending e-mails to RapReviews though, saying “Where’s the Canibus review? You need to check that new Canibus shit out, it’s hot!” The public was right. Despite the doubts I had, ‘Bis got back to the form he once displayed on the “Music Makes Me High (Remix)” and spits the best raps we’ve heard from him since “2000 B.C.” Has Canibus made it all the way back from “Hollywood Stories” though? Enough progress has been made to erase that album from memory except for “Box Cutter” and a few other hot tracks. In fact, this album takes the quality of those one or two tracks of that caliber on his last CD and extends it for a whole LP, and that’s nothing to be mad about when you got a rapper who takes his craft seriously. “The only thing I can honestly say I love more than women are dope writtens,” raps Rip the Jacker, and he’s back like Muhammad Ali. Down goes Frazier!