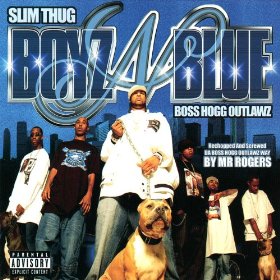 You may not recognize the name Sorrell Booke, but odds are you’re familiar with the character he made famous, one J.D. “Boss” Hogg from the television show “The Dukes of Hazzard.” Boss Hogg was a good ol’ fashioned villain, the kind who if you ever saw him you would instantly dislike him. His never-ending greed was the source of constant schemes and plots for which others would take the fall while he remained untouched. The only kind thing you could say about Boss Hogg was that as greedy and villainous as he was, he still had “family values” to the extent that no matter what his plan it would not involve risk to human life or imperil those closest to him. In other words, he’d happily foreclose on your mortgage to get your land, but he wouldn’t shoot you. While it was still fairly easy to distinguish the character Booke played as a “heel” in the show’s heyday, it would not be so clear today. Our entertainment has become a little more coarse since then, and even those who wish harm on others in pursuit of their goals can be seen as “anti-heroes” if they appear justified. A case in point is the beloved wrestler ‘Stone Cold’ Steve Austin (real name Steve Williams). Even though his beer-drinking, middle finger gesturing, “stomp a mudhole in ya and walk it dry” antics might seem villainous out of context, his rivals are often portrayed as even MORE disreputable – trying to get him fired, trying to run him down in their cars, or just simply trying to prevent him from drinking beer and having fun. The truth may be that there’s only a hair’s difference in the moral values of the two characters, but depending on the context one is evil while the other is just bad because he has to be to protect himself.

It’s not really a stretch for a group of Southern born, Houston raised rappers like Slim Thug and his co-horts to identify with Boss Hogg. Like Stone Cold, the Boss Hogg Outlawz can identify with doing what you have to do by any means to get ahead, holding out that the world around them is decidedly more crooked than they are and that playing dirty “evens the odds.” The group takes their embrace of this identity seriously – the “Boyz-N-Blue” album opens with a parody of the famous theme song from The Dukes of Hazzard. When you visit the main page of their website, Slim Thug prominently displays the group’s logo – it’s a sheriff’s badge with their name on it. Flip through their artist pages and each picture opens out of a wallet with the same badge, the kind you might see flipped open if one of Boss Hogg’s boys arrested you in Hazzard, or for that matter any real sheriff in the very non-fictional areas of the rural South today. The key difference seems to in fact be that Sir Daily, Chris Ward, Killa Kyleon, PJ and their de facto leader Slim are Outlawz, and we’re not referring to that group of 2Pac affiliates. The word outlaw itself means a criminal who operates outside the law, which ironically may make them more kin to Bo and Luke Duke than to good ol’ J.D. For the Luke boys, Boss Hogg and his cronies were the law, even when it was crooked law – making them de facto outlaws. And nobody ever said being an outlaw was a bad thing if the law is crooked to begin with – that’s why their theme song reminds us that the Dukes make their way the only way they know how, even if it’s a little more than the law will allow.

Essentially then the Boss Hogg Outlawz would like to have the best of both worlds. They’d like the money, power and influence of a J.D. Hogg, and identify with his plots and schemes to get more of each. At the same time, they want the outlaw persona of a Stone Cold, whose biggest enemy was his employer, who was essentially “the man” and “the law.” Can you really have it all at the same time? Can you have wealth and power without becoming the man? Can you be an outlaw and at the same time try to own the system that made you one? These are interesting questions from a philosophical point of view, but they’re of little or no consequence to the actual beats and rhymes of the “Boyz-N-Blue.” KRS-One put it best almost twenty years ago: “Rebel, renegade, must stay paid.” It’s all about one thing to these Outlawz – to “Represent Gangsta” and run the streets like a “Dope Man” with the dopest beats and rhymes:

Kyleon: “I move work off of blocks and stones
I hit the blocks and roam, I move work when I rock the zone
Pack of fans approach my hand, and cop the stones
With money and merchandise, they wanna swap for stones
When the block’s on, I post up, cock my chrome
But if I spot cops, I’ma drop the stone
The block’s on like light switches, today the night switches
I’m serving out packs of white bitches”

Slim Thug: “We kinda close to that border, close to that border
I got what you need, homie place your order
For a low nice price, I’ll change your life
I got snow brown or white, I’ll have you right
Got them out of state plates on my Benz
Thanks to my out of state friends, Slim gettin his ends
I’m stackin bread, you heard what the fuck I said
Trunk full of big heads, motherfuck the feds”

What makes all of this work on “Boyz-N-Blue?” First it’s the production, ably handled throughout by Mr. Lee. Secondly it’s Slim Thug himself, who is on record as the executive producer and appears on every track except for one skit. Third and perhaps most importantly it’s that “Boyz-N-Blue” is a two disc set, and the second disc is a chop and screw of the first done by Mr. Rogers – no not the one who wore sweaters and invited you to visit his neighborhood. As good as many of the tracks like “Come Here” and “Whatcha Know” are, they seem to get even fatter and funkier with slower speeds and drop repeats. While the topic matter may at times seem limited by their constant pursuit of the hustle, when it’s good it’s like Jay-Z said, you just can’t knock it. Slim Thug still remains the best rapper in the crew, but on this two-disc set you’ll enjoy getting down with the “Boyz-N-Blue.”