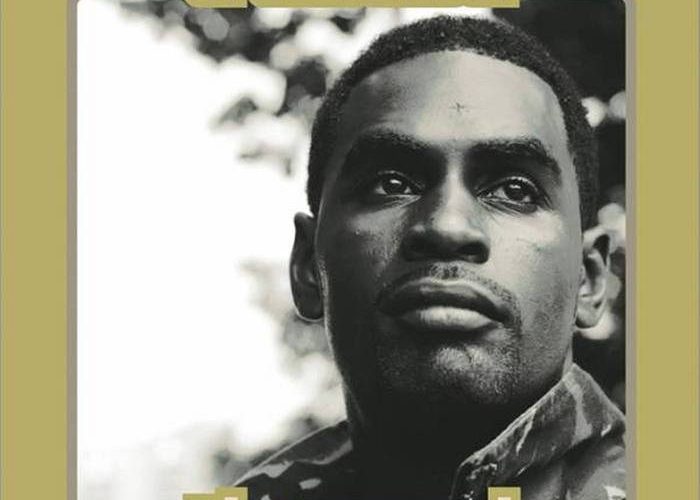 I grin every time I think about how old I was when some of the harder hitting MC’s put out their first records. I was four when Dr. Dre was splitting wax, eight when Biggie laid down “Ready to Die”, a month later, Snoop released “Doggystyle”. Somewhere in that flurry of classic albums, The Artifacts dropped “Between A Rock And A Hard Place”, and though it has slipped somewhat to the wayside since, it earns a solid spot in the hip-hop pantheon, a difficult task considering the healthy competition from those years. The album’s lead single “Wrong Side of the Tracks” presages the earnest affability of Hieroglyphics and Pharcyde, mixed down with the spare jazz instrumentation of A Tribe Called Quest â€“ call it Native Tongues with a little more gangster flare. Though they separated after a pair of full lengths, El Da Sensei and Tame One are both still going strong. “The Unusual” is El Da Sensei’s second solo effort, and with distribution on the reputable, if somewhat elusive Fat Beats Records, he’s poised to make a major underground reentrance.

El doesn’t waste a moment in plunging into the energetic body of the album. The lead-off track, “Crowd Pleasa” (that has one of those taunting samples that I can’t quite place), is one of the few intros that actually perform their stated function. It eases you into El’s musical world, a growing melody, the pop of the kick hitting, and you’re in deep. The husky crooning sample (wherever it’s from), sets a deep frame for El to work into, a dense sinker of a track that he picks up and runs with:

“Now when the pen hits the pad, things start happening
Made the freak of a nature all pro-ed out and for splattering
My chattering patterned to seize what I greed
In excess of trees a lavish home is all I need, oh
This always was a prolific-git – is here to present
My testament in all closed-circuit events
Respect the essence and build on my landfill
I’m so ill like the film time to kill, real
To reel service for clarity in its best form
Above the normal to my crew just stay swan
To my duties and laws to refresh all y’all
With the greatest of songs that could never go wrong
Do the neck snap back-and-forth realizing
What you’ve been missing in lyrical exercising
It’s no surprising that I’m bringing the good
Swinging the wood like Pujols, prepare for a new host”

Straight-forward with a healthy dose of the abstract, El’s effortless beat-riding flow kicks the album out of the gate strong and fast. And what a difference it is to listen to an experienced rapper! A random sampling of half-a-dozen new releases will give you an assortment of school boys and boutique hip-hop rangers. None of them interested in that nifty talent, the flow, the rhythm, whatever you want to call it, that magical ability to ride a beat with your rhymes. It’s what separates talking from rapping, and it’s important. It appears that not only is it a lost art, it’s not even a prerequisite anymore. Rhyme off-rhythm, skip a beat here or there; it’s not that you suck, you’re artistic! El doesn’t have a breath to spare for such trivialitiesâ€”he’s too tightly glued to the beat to pay attention. He knows how to rap, and he packs the album with solid verse after verse.

That doesn’t mean things don’t get monotonous. At times El bends to his own rhyming prowess, stringing together unoriginal lyrical blocks just because they sound good, not taking the time to put together real insightful content. I won’t take issue with that, but there are few surprises waiting on “The Unusual” â€”none actuallyâ€”which I say not so-much as a bad thing, but as warning: if you’re looking for something new, you won’t find it here. Several tracks (“Rock it Out”, “No Matter”), get bogged down in bland boot-thumping choruses and forgettable lyrics. But, in a world of Pitchfork-inspired barbs, when the worst thing leveled at you is that your album’s a bit heavy on the filler, you’re doing all right.

As nice as it is to hear a straight-up MC, a no-nonsense lyrical athlete, an album needs more dimensions than one to stand tall in a crowded field. Though Sensei puts to shame chart swamping newcomers, the album could use a bit more, some kind of punch that gets you in the mid-section, deep, down, and dirty. Though it’s incredible how different an experienced wordsmith sounds behind the microphone, how compelling and confident his verses are, especially in comparison to the careless cooler-than-thou artistry that seems in style as of late, there needs to be something more.

I have a bit of an ax to grind though, apologies; I know we try to keep it impartial here. But it’s hard to review something when a fair number of tracks are faded out after first two and a half minutes, sometimes in mid-verse. In today’s go-go internet world, labels need to keep their products close to home, but does that mean lacing tracks with disruptive promotional voice-overs? Of course, these gripes only apply to the promo version, the final has a slightly different track listing, and will (hopefully) have full-length tracks. Though I’d be the first to defend full promotional mailings and sound-quality, the truth is, half of the people who read this will probably just grab the album off of the internet. You can’t blame rappers for being money-obsessed when their livelihood is sluicing through their fingers like sand.

So even though Sensei’s latest clocks in at just over fifty minutes, I have to be thinking, is there more? I don’t know. I sure as hell hope so. El Da Sensei knows what he’s doing, and he has a product to be proud of, an album that lives up to The Artifacts legacy, but speaks to the modern era.