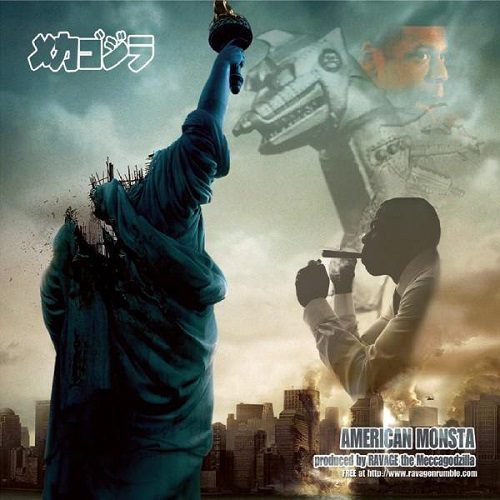 This review is being crafted in the form of an open letter to the Editor-in-Chief of RapReviews.com.

How are you doing, old friend? Thanks for the new batch of CD’s to review – the package managed to get past those crafty bastards at the Royal Mail this time, miracle! One issue has caught my concern, and I felt it pertinent to raise it with you, to make you aware.

You see there is a feeling of brotherhood here on the RapReviews staff; I’d like to think that we look out for each other. I know that you had my back when you intercepted those paparazzi pics of me and that stripper caught in an uncompromising position (she was choking on a pretzel, it was my moral duty to resuscitate her). I got your back too, Flash, I’m down for the cause.

Anyway this is in regard to one of the recent additions to the staff – Nervous. You see, I’ve been up. I’ve been down. I’ve been around. I know the symptoms of depression when I see them. And it is vitally important not to trigger off someone who is completely normal but pushed to the edge. I looked that shit up on Wikipedia, and here is the official definition of what Nervous is going through:

A condition which has recently broken out, since approximately December 2007, is a relapse of a previous viral strain of plague which originated in North America in 2003. The Latin derivative is “acapella anti-remixus jigga-what-jigga-who” – more commonly known as “Remix Acapella Plague” (or R.A.P. to abbreviate it). Symptoms of R.A.P. – when exposed to excessive levels of Jay-Z remix albums – include irritability, frustration, severe boredom and, ultimately death (of interest in hip hop).

Flash, I researched this shit heavily for at least a few minutes. In extreme cases, the victims may actually resort to making a Jay-Z remix album themselves – I mean, fuck! Look what that shit did to Matt Tomer! I mean, his remix of “American Gangster” won a competition – but at what price? I heard that they quarantined him in Guantanamo Bay. That shit is dark.

I saw my doctor last week – I’ve got the R.A.P. jab and am currently immune until the next strain of Jay-Z acapella album comes out. Please, for the love of God, don’t send anymore AG remix albums to Nervous – I’m so so worried about him. So here we go, I will take one for the team. Any Jay-Z remix albums you were going to send to Nervous, send it to me. I’ll hit that shit up.

Like this one, the “American Monsta” one by Ravage that “strategically morphs Jay-Z’s American Gangster vocals around heavy drums and GodZilla Giant Monsta movie samples.” I mean, fuck, this would have sent Nervous over the edge. Seriously. All the best to this Ravage fellow, but it was all a bit pointless, rather sloppy, and only a couple of tracks even come close to matching the originals. It isn’t complete bullshit, but I doubt that Ravage will look back on this with pride in the years to come. Shame.

Anyway Flash, that’s all I had to say in this letter. I hope you or Nervous ain’t mad at me for interfering – I just hate to see a good man pushed past his elastic limit.