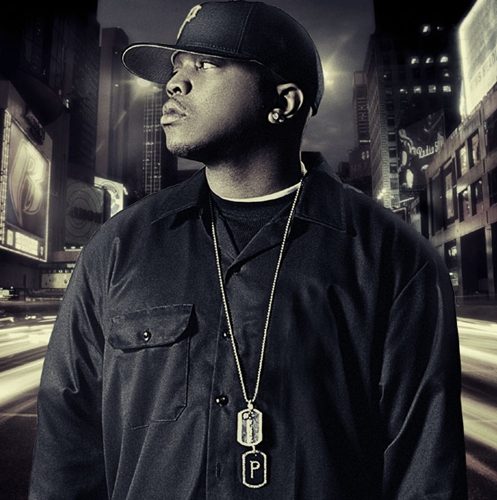 Where’s Styles P’s next album? It’s a question he’s been asking for a number of years now. The album’s been done, but there’s been no sign of it in stores and according to Styles P no sign of his label looking to push it. Recently Styles P sat down with us at RapReviews to discuss the situation, what he plans on doing it about, and how real the beef was between D-Block and G-Unit.

Adam Bernard: So the album is finally coming out man. Do you have a definite date?
Styles P:Nah. Man I wish.

AB: So tell me a little bit about that then. I know when I spoke to you when “I’m Black” was out you were happy with the song but not as happy with radio’s reception towards it, so what is going on with you and what is going on up in the offices?
SP: Politics man. I really wish I could tell you and give you that clear straight answer, but it’s politics and I’m just caught up in a bunch of bullshit. I don’t know what you want to call it besides that.

AB: When it does get released what do you expect the reaction to be?
SP: I know my fans are gonna love the album. I know the album is crazy, but I’m just pissed that it’s been through so many ups and downs.

AB: Do situations with other people on the label, like G-Unit, have anything to do with it?
SP: I think I’d say early on, because of politics, but I think mostly mainly now I wouldn’t know exactly what to call it to tell you the truth, that’s why I say it’s bullshit. I know my shit shoulda been out and it’s not out so I’m just gonna say it’s a bunch of bullshit going on. Hopefully it does come out soon.

AB: Is the beef squashed between you and G-Unit?
SP: I would never call that no beef. It’s dead, yeah. I never considered it beef anyway. I think it was just a marketing ploy that they used and they got tired of us rhyming about them, and we got tired of rhyming about em because nobody was rhyming back so nothing happened.

AB: When did you complete it?
SP: If you ask me, three years ago. Three years, man.

AB: What are some of the hurdles you’ve already gone over?
SP: I can’t even say because it feels like I’m still goin over em. You can’t say you’ve made it over a hurdle when you still feel like you’ve got a bunch to go over. Nah, uh uh.

AB: Of all the artists they have on their roster you’re an extremely popular one. Why do you think that they’re throwing some of these roadblocks in front of you?
SP: I think it’s some political shit going on. I really wish I could tell you. I honestly wish I had that honest answer. I think it has to do with the negotiation of somebody else’s contract and things like that and I’m just caught in the middle of Ruff Ryders and Interscope negotiations and all kinds of shit. I’m just caught in the middle, man.

AB: So what’s going on with Double R?
SP: I don’t know, I’m just trying to get my motherfuckin album out, I know that.

AB: How much longer are you prepared to wait?
SP: Me, I’ve been not prepared to wait any longer for like a year and a half, two years, so I’m just really practicing patience and perseverance right now. I’m pretty sure, I’m assuming, it’ll come out sometime soon because they can’t hold me forever.

AB: Does the fact that the joint with Swizz Beatz has already hit radio encourage you?
SP: Nah. It’s a strong machine and I know I’m a popular artist, a strong artist, but I’m not really encouraged because obviously there’s something really wrong with the fact that I haven’t come out yet. Not to diss a bunch of other artists but I think I’m definitely one of the most solid artists up there, easy. Right now I’m just trying to persevere and stay cool.

AB: So what is on the album?
SP: I got so much shit, I got all kinds of songs. My list is so confused from the first three to four times I did it. I got a couple joints with Akon, Lil’ Jon, Scott Storch, Talib Kweli. I’ve got a few joints here and there.

AB: With the album in this situation how are you getting music to the people right now?
SP: You know I do mixtape work and basically that’s about it, mixtape work and my work on other people’s shit.

AB: Who have you been guesting with recently?
SP: My most recent would probably be on the Khaled album with me Akon, Fat Joe and Rick Ross. That’s my most recent feature that’s being played a lot now. And there’s a new kid from the Bay Area called Killa Klump and I have a song with him called “From Y.O. To The Bay.” And I hear “Who Want A Problem” and I hear “Favorite Drug,” too.

AB: Speaking of The Lox, when are we gonna get another Lox album?
SP: Maybe next year sometime.

AB: Does it depend on when yours comes out?
SP: Yeah, definitely so. If I can’t get my album out I can’t make no other albums.

AB: So what’s your contract situation at Interscope, how many albums do you have left on it?
SP: I have like four and I got probably four albums done for as long as I’ve been waiting. But I’ve been stayin afloat and I ain’t have no album out now. I’m afloat, I’m alive, I’m paying my bills. It’s killin me, but I’m still afloat.

AB: Still getting high like the song?
SP: Shit you know that.

AB: Still black like the song.
SP: You know that.

AB: Did you expect the album to drop after “I’m Black,” because “I’m Black” was huge?
SP: Honestly, to tell you the truth, when I made “I’m Black” and put it out I kinda knew they was gonna shit on it. I had the feeling they was gonna shit on it but I also thought that wouldn’t shit on it due to the timing of when I handed it to them. It was right around the corner from Black History Month, so I figured if you can’t work it then… But shit happens, what can I say?

AB: What’s your favorite country to hit?
SP: I ain’t been there yet, but it’s gonna be Africa. Of the ones that I’ve been to so far I would have to say Amsterdam.

AB: So what else is going on in your life? What should people know about Styles P that they don’t know?
SP: I’m working hard, I’m trying to put out a book. It would be like a novel, not an autobiography or none of that, probably just a fiction book. Give people something to read. It wouldn’t have nothing to do with us, not a damn thing to do with us.

AB: Have you been reading a lot of the Hip-Hop literature that’s been coming out?
SP: Nah.

AB: So would your work fall into that genre or would it be something completely different?
SP: Nah I would be trying to get into the Donald Goines lane, I would say.

AB: Who else do you read?
SP: I read a little bit of everything. The last book I read was The Last Godfather. I read an autopsy book, The Medical Examiner, about the deaths of JFK, Marilyn Monroe and all of that shit. But I like to switch it up. I’m reading Rule By Secrecy by Jim Marrs now, but I ain’t got to finish it yet. You know what kills me, why is fiction fiction and non-fiction non-fiction. It seems like fiction would be the real thing. Pardon me, I’m high right now. I’m trying to stay high, tryin to stay calm or I’ll be fuckin spazzin out and flippin.

AB: With the label situation you might as well.
SP: Yeah, you know. But they can’t hold me forever, you know? I’m coming soon. It should all be worked out one way or the other, hopefully, one of these days.

AB: After you go through all this how much do you think it’s gonna prepare you in terms of the next album and dealing with stuff for The Lox and double R and all that?
SP: Honestly, that’s a good fuckin question! I don’t know man. I really don’t know man. I love the studio, I love doing what I do, besides that I don’t think that I would do it. I love making rhymes, that’s what I do.