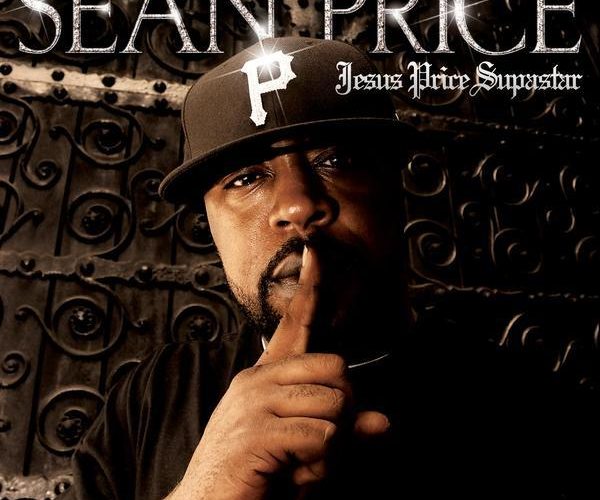 Sean Price is back once again to further solidify his unlikely success in the rap game. Calling his success unlikely isn’t a jab at the man or his skills, but when Duck Down Records announced its triumphant return few would have picked “Monkey Barz” to be the most successful of the planned releases that year. But lo and behold, the former Heltah Skeltah rapper beat out the return of a legendary group (Smif and Wesson) and the unification of two critically acclaimed artists (Buckshot and 9th Wonder) to claim the top spot on the Duck Down roster. Back in 2007, Sean Price hopes to recapitalize on that hype and once again deliver a successful album. As with any rapper who meets success, questions arise the second time around concerning how success will affect the product. It’s only natural that after being so highly lauded Sean Price may not be as hungry and might let some of it go to his head. The album’s title implies that maybe, just maybe, Sean Price may be a little cockier this time around â€“ but is that necessarily a bad thing?

On “Intro (Jesus Price)” Sean Price comes out hitting hard with vicious lyrics which I would provide for you here had the label not found it necessary to watermark the promo copy with “Sean Price “Jesus Price Superstar” in stores January 30, 2007 presented by duck downâ€¦” every 30 seconds or so. I don’t have the patience to decipher Sean Price while being constantly distracted, but at least the readers now know when the album drops. Don’t get me wrong, labels have to do what they feel will lessen the chance of bootlegging but next time around they need to make sure the watermark doesn’t completely drown out the music. With the complaining out of the way we can get to the star of the show. If you’re not familiar with Sean Price, formerly Ruck of Heltah Skeltah, there really shouldn’t be a reason not to cop this unless you absolutely detest gritty street raps delivered cleverly and with style. The distinctiveness in Price’s style comes from his impeccable timing which would rival that of the best comedians. See, Price knows exactly when to pause to let his lyrics sink in and when to keep hitting you with line after line to just blow you away. Given the high quality of his lyrics, Price usually resorts to the constant barrage that leaves a lasting impression on the listener.

Various tracks are noteworthy on Price’s sophomore effort, including “P-Body” which finds Sean Price reuniting with Rock and delivering a dope track thanks in large part of 9th Wonder’s production. 10 provides the production for another fresh collaboration as Sean Price teams with Sadat X and Buckshot on “Da God.” While Sadat X sounds a bit average when he delves into tired street brags, his voice is enough to set him apart. As mentioned before, 9th Wonder lends a hand and is just the tip of the Little Brother/Justus League influence that is heavy on “Jesus Price Superstar.” Along with Wonder’s 5 beats, Khrysis delivers 3 and Phonte and Chaundon both make appearances. Often compared to the boom-bap rap that dominated during Duck Down’s hey day, it’s no surprise that 9th Wonder and Little Brother would fit in with the Boot Camp Clik. Even so, one has to wonder whether such extensive collaborations diminishes the distinctiveness of both camps.

Overall, Sean Price is still in top form on “Jesus Price Superstar.” If you agreed with Nin Chan’s assessment of last year’s “Monkey Barz” then the mix of producers this time around will surely sound like an improvement, at least on paper. Personally I thought the production was top notch back then and continues to be so. Price does feel comfortable treading the same street tales he presented the first time around, but once again his style and humor allows him to do so and not sound repetitive. As much as rapping about the streets has become the norm nowadays, one has to admit that as long as the situation doesn’t better the topic needs to be at the forefront. With that said, tracks like “Mess You Made” and “Oops Upside Your Head” provide enough variety to keep things interesting. Like I said before, there’s not much reason not to peep Sean Price unless you absolutely hate gritty East Coast rap and if that’s the case you can’t really call yourself much of a rap fan.