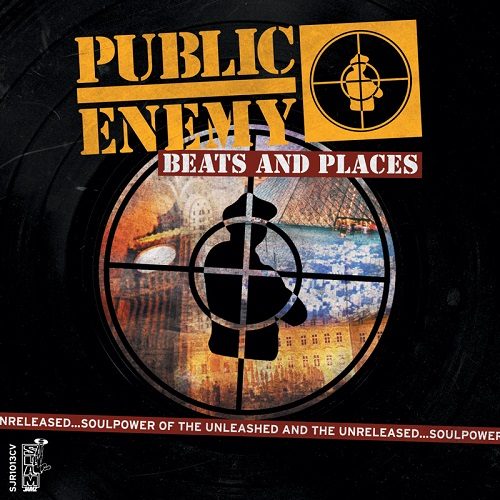 Seems like it’s been an eternity since PE released an album that really mattered in the large scheme of popular culture; even though plenty of their music since the first four undisputed-classics has been damn good, the impact they’ve had on the Hip Hop community seems to decrease as the cats get older and wiser. In recent years they’ve released a slew of different projects showcasing they’ve lost none of the hunger or insight of their earlier work, but the relevance to today’s generation of listeners appears to be in inverse proportion to their prolific output. And depending on your perspective, it also doesn’t help that although they display an amazing willingness to experiment and embrace new forms and methods of recording, they’ve also most def kept to certain blueprints both sonically and thematically. I say if it ain’t broke don’t fix it (and PE’s mix of musical funk assaults and lyrical knowledge damn sure ain’t broke), but others would claim that twenty years into the game, the group should have evolved more stylistically. But ultimately, what makes PE so special is their utter uniqueness, a uniqueness that is born out of consistency. As a lyricist, Chuck Dâ€”love him or hate himâ€”is without debate incomparable, and don’t even try to say Flav isn’t one-of-a-kind. So even if they’re still following the same basic script thirty years from now, there’ll always be a place for them in Hip Hop. And thank heavens for that.

As with any other PE project, and unlike 99% of rap acts, not one song here is without a specific, thoughtful and often-clever theme. Topics vary but center largely around the effect of the ever-present mass media on the culture and thinking of young peopleâ€”how it dumbs us down at the same time it makes us conformist and servile, how offerings of material wealth distort our views on what really matters, how conglomerated control destroys a sense of community expression, etc. Following in the footsteps of previous classics â€œShe Watch Channel Zeroâ€ or â€œBurn Hollywood Burn,â€ much of the critiques found in â€œAir Conditioning,â€ â€œVidiotâ€ and â€œElectric Slaveâ€ aren’t exactly new, but that’s doesn’t lessen their importance; quite the opposite, in recognizing that these same problems of big media are still around and perhaps stronger than ever, the need for education and awareness continues with greater urgency. Other scathingly accurate topical songs include the visceral â€œHell No, We Ain’t Allrightâ€ (about Katrina and its aftermath) and the equally hilarious and depressing â€œGrand Theft Oilâ€ (about a certain evil regime that will go unnamed). On a larger scale, the theme of Soul hangs over the whole project (much like it has PE’s entire career oeuvre), and as a complex, contradictory and nuanced aspect of rap music and the Black experience in America as a whole, it deserves all the characteristically thoughtful attention they give it.

No, â€œBeats and Places” isn’t a proper album in the sense of a cohesive full-length of new material, and yes, the title is kind of wack. But don’t let the format or the generic name fool you: â€œBeats and Placesâ€ is a wholly satisfying release for even casual PE fans (but are there really any â€œcasualâ€ fans of PE?!), as in the same tradition of De La’s recent â€œImpossible Mission,â€ it offers unreleased tracks that stayed on the shelf for reasons other than quality control. What we get is 15 songs and not one dud, including two live cuts, two DJ-centered exercises, two spoken word pieces, two remixes and a ubiquitous Flava Flav solo cut, and a whole lot of relevant and intelligent content throughout. Cohesion is not its strongest attribute, but also not its weakest, as the product is unified largely through the singular mission of the crew, both musically and lyrically. The only skippable moments come in the aforementioned spoken word cuts, which are two interesting experimental exercises that in the end lack the urgent energy the rest of the project exudes.

Like I said earlier, if you’ve had even a little exposure to PE (and you should have, youngin’), you know what to expect from this platter: dirty, chaotic, rumbling beats that showcase an anarchic craftsmanship and willingness to experiment; Chuck D’s amazingly dense and informed lyricism, which is less rhyming than news broadcast, social commentary and community curriculum, able to dismiss entire rappers’ careers with one no-bullshit bar, more relevant and informed than ever; and, all the cherries on top of the PE sundae, including Flav’s, umm, flavor (which still isn’t stale), production work by DJ Johnny Juice, Griff and others, and an unexplainable but unmistakable feel that the group carries with it, even transmuting over to their guest MCs, an aura which only the Wu ever had an equal to, before largely losing it to factionist dilutions. That’s why there will never be another PE, that’s why we love them so much, and that’s why they remain the most relevant group in Hip Hop, whether listeners know it or not. (Certain versions of the release also include a supplemental DVD, featuring twelve recent music videos and a few documentaries, making the release a steal. Translation: cop it, dummy.)