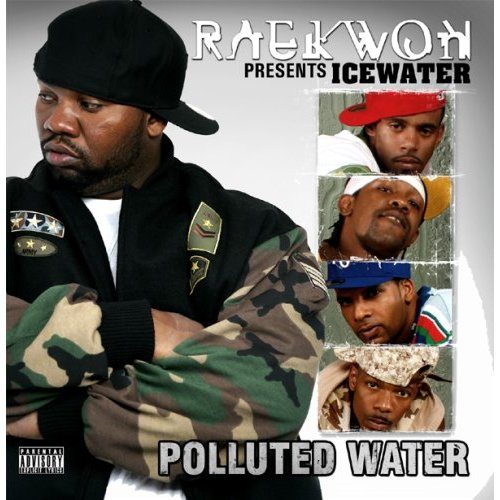 Every established rapper’s got to have a crew of hungry protege homeboys who are eager to follow in his footsteps and think they’re just as talented as the big homey. In all likelihood this hip-hop entourage has their heads gassed up by the alpha male rap dawg of the pack, who likes having his friends rolling with him, sharing his newfound success and wealth all the while convincing them they’ve got the skills to get a taste on their own. In turn the crew will act as his hypemen at all live performances, make cameo appearances on his solo albums, and once in a blue moon one of them will break out of the crew and become a star in his own right. At this point the cycle repeats itself, as the newly established rapper will have his own hip-hop entourage looking to get put on.

This is a pattern we’ve talked about many times before in the long history of RapReviews.com, but just when you think it’s a myth or a hip-hop cliche something smacks you in the face that just points out the validity of the theory. Icewater’s “Polluted Water” is just such an album. Not confident that their name would be recognized almost four years after first appearing on Raekwon’s “The Lex Diamond Story” (back when they were called Ice Water Inc.) both the crew and the record label made sure to tag the album “Raekwon Presents” and feature him prominently on the album’s cover. If you’re not being eagle-eyed when you pick this one up off the store shelf you might mistakenly believe it’s a new Raekwon album – which I’m sure nobody selling it would mind one bit.

In truth that’s being slightly unfair to Icewater. To be honest I can’t identify any of the members by their photos outside or inside this album, and the liner notes are almost no help, but their official website ID’s them as Polite, Stomach, P.C. (Paulie Caskets) and D.C. (Donnie Cash). I recognize Polite from the American Cream Team and other cameos where he’s shined, while Stomach has a distinctive and somewhat deep vocal tone even if his lyrics are somewhat unremarkable. There’s not much I can say about P.C. or D.C. other than their lyrical stylings and vocal delivery do not offend me, which for a Wu-Tang spinoff group I’m barely familiar with is never a bad thing.

Raekwon and his Icewater fam shore up their “Polluted Water” debut by pulling out all the stops on guest vocals. Busta Rhymes & Raekwon both rock on the Dready produced and aptly named “Do it Big.” EZ Elpee hooks up a synth and bass heavy track for Rick Ross to join Raekwon and crew on for “I’m a Boss.” “All Night” featuring Jagged Edge is undoubtedly the crossover track of the album, but it’s hard to hate on J.E.’s singing or the quiet storm beat by Kiri Grazes. Perhaps the most surprising of all these cameos are Three 6 Mafia on the thumping East coast SC track “Let’s Get It.” Did you ever think you’d hear Raekwon and Three 6 Mafia rocking together? The album might be worth purchasing for this bizarre but highly enjoyable moment alone.

It’s a shame there isn’t more to say about the individual members of the crew, but Polite is the only one of the cuatro that’s established and even he is a minor name among Wu-Tang affiliates – ahead of 12 O’Clock and Young Justice but far behind Shabazz the Disciple and Shyheim the Rugged Child. Production is definitely one of the strongest assets of this album. Icewater Productions handle a lot of the duties for delf and do a fine job on songs like “Mercy Me” and “Knuckle Up” featuring Pimp C. Since Wu-Tang spinoff albums are definitely hit or miss and the law of diminishing returns means that each rapper branched off another is likely to be less interesting, it’s refreshing to report that despite the fact the water was polluted Icewater’s debut CD is surprisingly clean.