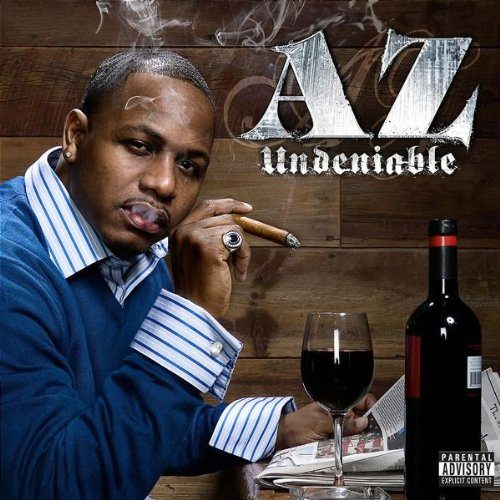 Truer words have rarely been spoken by a rapper. This publication’s estimated editor-in-chief, who also runs The Original Hip-Hop Lyrics Archive, believes that Nasir Jones actually said, “You love to hear the story how the thugs live in worry,” an interpretation I respectfully disagree with. The distinction is important to my argument, but not that important that the key message of the sentence would be any different. Which is, rap fans take great interest in the dangers that lurk in the underworld. Or more precisely, they want to hear about these dangers. There’s immense entertainment value in this type of music, and most rap fans will content themselves with being entertained. There’s really nothing more to it, at least not to the extent rap’s critics would like to make you believe. Criminal minded rappers are storytellers for adolescents and adults, and like all storytellers they are expected to relate the exceptional. Thus, to make things (and themselves) a little bit more interesting, they conjure up worries – haters, snitches, cops, golddiggers, draughts, the law, their own conscience… As they say, adversity builds character. Some emerge as truly troubled men, from legendary artists like 2Pac and Scarface to steadily improving ones like Beanie Sigel and Styles P.

BK veteran AZ has never let the worries consume him to the point where they would have become a trademark of his art. For well over a decade he’s been toasting to the good life, rising above what may hold others down. Ironically, that optimism may have been what held him back commercially. While other rappers worry so much that the listener is automatically compelled to worry with them, AZ doesn’t invite you to feel his pain. “I’m one man with so many monsters in me,” he says on the opening track of his 7th official album, “Undeniable,” but for better or worse he keeps those monsters locked within. At the same time AZ is not a commercial artist (and regularly fails when attempting to be one) but a thinker who will never be able to steer clear of lyrical depth. But the fact that he rarely lets anything worry him makes it so much harder to establish a personal connection with him. Because he also lacks rage, wrath, or ruthlessness, he can’t create controversy either, and so AZ finds himself floating somewhere out there in this rap universe, a lone star orbiting the same topics at a slightly different angle than all the other thugs, gangsters, hustlers, etc.

In short, what I said in my last AZ musings (on the subject of “The Format“) also applies to his latest. It comes down to the fact that every new AZ album has me going back to “Doe Or Die,” his first and best effort and a lyrical milestone of the ’90s. Having given up on tangible song concepts, AZ has since largely been writing the same song over and over again. Thinking outside of the box could lead him to pen his own “Roc Boys (And the Winner Is)…,” but at this point he contents himself with “The Game Don’t Stop” or “Superstar.” These songs are far from shallow by today’s standards, but neither are they top-shelf song material.

The potential, as usual, is there. “Dead End” builds off the juxtaposition of the joyful Motown soul of the Street Radio-produced track and AZ’s gloomy reflections about “dishonesty” and the lack of “harmony.” Here he is again, the philosophizing young man who has seen his generation’s lives affected by the opportunity to get rich quick:

“Nobody’s perfect once you scratch through the surface
See, life’s like a circus and we all serve a purpose
What your worth is – are you worthless?
A workaholic for yours or on your first bid?
No joke, we was all better broke
Had to ante up for smoke, that’s when everybody spoke
Kept it all hood, everybody had hope
Then them boats came afloat, everybody had coke”

The album’s other track full of worries is “What Would You Do,” equipped with a celebratory beat that seems out of tune with the tone of the lyrics as well. AZ takes so much time before he starts to rap you would think he’s merely featured on singer Jay Rush’s track, but when he finally begins, he delivers a truly well-written verse:

“You know the story, how the thugs live and worry
Duck down in car seats, heat mandatory
Dog eat; since a shorty I was speakin’ like I’m 40
With a Lil Wayne frame, big chains all gaudy
Boardin’ airplanes, cocaine all on me
Had a no-care stare, Mama Bear tryin’ to warn me
Whoever would’ve thought escapin’ court’d transform me
I was facin’ up north, nothin’ short, shit was corny
(…)
Was a fiend for the guap, whole team blinged up
Had a thing for them Glocks, kept them sub-machines tucked
Then my man got murked and the fam went bezerk
A few motherfuckers just vanished from the earth
Then some new motherfuckers started handin’ niggas work
And from there all you heard about was niggas gettin’ hurt
either over birds or somebody gettin’ heard
Blowin’ trial gettin’ served, 33rd and a 3rd
Then the foulness ocurred when I finally got the word
that some homies did me dirty with some shit I ain’t deserve
But emerged through the madness, now my mind so established
that any given minute I could let them niggas have it”

The musical direction of the album points upwards, rising to melodical heights and circling smoothly around soulful cores. A handful of tracks feature singers, the biggest cameo also being the worst, as Ray J gives an embarrassing performance on “Go Getta.” Speaking of hooks, Amil is once more resurrected for “A. Game,” almost ruining the uncharacteristic beat stripped down to swinging, bare-bone percussion. On the production front, Large Professor laces the lyrically uneventful duet with Styles P, “The Hardest,” with an equally so-so, semi-soulful beat. Emile and Fizzy Womack have earned AZ’s trust before, and especially the MOP marksman continues to build a remarkable track record with “A. Game” and “The Game Don’t Stop,” the latter a fairly complex, proudly strutting beat AZ feels right at home on. Rap-A-Lot’s Mr. Lee manages the balancing act between down-to-earth and airy on “Superstar,” which serves as somewhat of a throwback to when AZ was working with N.O. Joe. Nottz remains too undistinct with both “Fire” and “Now I Know,” while Street Radio composes a classic AZ track with the jubilant “Life on the Line” but messes up the melodically fraught “Parking Lot Pimpin’.”

Looking at his discography, AZ has has been both consistent and inconsistent. His projected image and his lyrical aura have largely retained their shine over the years. But a song-by-song comparison reveals that not many of his newer works measure up to songs such as “Rather Unique,” “Sugar Hill,” “Your World Don’t Stop,” or “Doe Or Die.” Like most rap artists, AZ hasn’t necessarily gotten better with age. But an AZ on cruise control is still a sight to behold. Yet it is also the image of an MC frozen in time, despite claiming (and possibly feeling) otherwise. The album’s hidden track, a rumbling and tumbling funk fest, suggests that all he might need are more challenging beats to bring out the complete artist that he could be. In a certain way rap albums like “Undeniable” truly represent the bling era in that they shine and sparkle from top to bottom. It’s understandable when fans start gravitating towards the mood ring equivalent of a rap album, as delivered by someone like Lupe Fiasco for instance. AZ talks an exceptionally good game, maybe too good to let down his guard and open up. He has the potential to reach people, but in order to do so, he has to relate not just how he lives, but also how he worries.