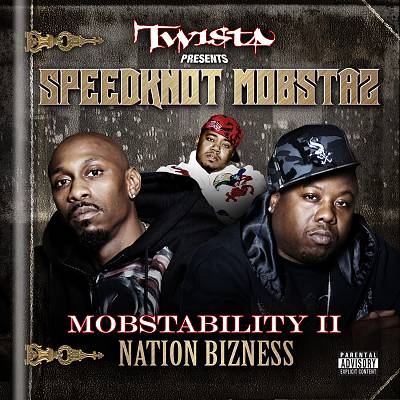 Chicago, much like Detroit, is a musical region without a hard-line musical ideal to anchor itself too.

Even the Southeast is branded as the place where the 808 will always be right at home, it being such an integral part of just about every southern music development of the last twenty-plus years. Detroit has an official representative in Eminem, and an unofficial representative in J-Dilla. Yet, it is safe to say that their sound is a crossbreeding of any number of musical styles developed outside the Great Lakes region.

This situation has tended to open up problems, yet it presents an opportunity. It is a problem in that you really do not have the luxury of attaching yourself to a predetermined brand that the public can recognize. It is an opportunity, for the same reason, in that you can form and shape yourself in whichever mode that you desire.

Chicago was the jump-off spot for R-Kelly, Common, Kanye, NO ID, Doe or Die, 4IZE, Da Brat, and, of course, Twista. All of these acts have been successful, and no two of them are alike except that they are all natives of the Windy City â€“ and they stamped their own distinct identity unto their music.

In a city like that, which does not have a unifying identity for its music scene, artists have to do it for themselves.

Liffy Stokes and Mayz just do not accomplish this. True enough, they reference their city in the potential Chi-Town anthem “Chicago”. They do an adequate job on the smoothed-out “I’m a Speedknot Mobsta” They even come close to delivering a tune with some real heart with “Bush Made it Hard”.

However, the white elephant in the room is the undeniable talent of Twista, and the fact that he just plain outshines the hell out of everyone every time he shows up on a track. Anyone with a wave editor would be tempted to perform the same type of editing job someone pulled when they transformed Lil Wayne and Birdman’s album “Like Father, Like Son” to the much more listenable “Like Son” EP.

In addition to the problem of their less-than-compelling vocals, you also have the avoidable issue of tracks that mostly reference Down South production, stripping away any real opportunity to reflect the variety of sounds coming out of Chicago. This album could have been recorded in any state South of the Mason-Dixie line and no one would have given a thought to its’ origins.

The vocals do not stand out, the tracks are run-of-the-mill, the lyrics are plain ole cut-and-dry street topics with no flavor added, and the co-signer manages to make himself the headliner every time he steps to the microphone â€“ and he is not even trying to do it. There just is not a lot to recommend about this album because everything it tries to do is being done better somewhere else.

This album is the child of a city in which you can do ANYTHING and get away with it, instead; it appears it aspires to say nothing. Another lost opportunity.