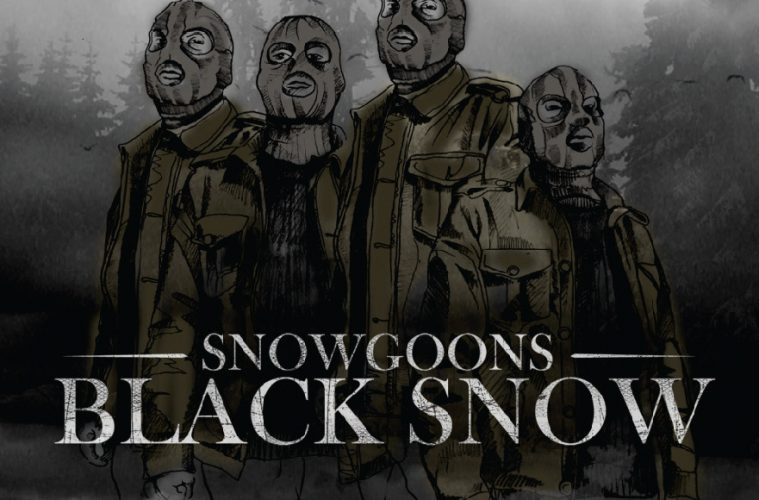 I had to wait until the European Championships 2008 were over in order to review this album – Germany got to the final, and I have plenty of relatives there, so I felt it only right to give everyone involved a week to lick their wounds and recover from the loss inflicted by Spain. (America, I’m talking about football, by the way). Rest of world, hope you enjoyed the best football championship for at least 14 years! For those of you still wondering why the hell I am talking about Germany, please read The Shiznute’s review of their first album, “German Lugers.” You should, by now, have figured out that the Snowgoons – a collective of four producers – hail from Deutschland, and have made a serious mark on underground hip hop in the last eighteen months. Signing with Babygrande should be enough of a hint, but their ridiculously long guest roster – somehow further elongated on this 21-track behemoth – will give you an even clearer indication. Instead of including quotations of a guest verse, I will instead include just the guests themselves:

That takes us up to track number FIVE – only sixteen to go! You get the point. Either way, the roster that contributes is as impressive as it is exhaustive. So what kind of style do the Germans bring to the table? Think Army of Pharaohs, and you will immediately recognise 90% of what they are aiming to achieve on their official sophomore release. The similarities are uncanny – from the music to the subject matter, it isn’t rocket science as to why underground fans have taken to the Snowgoons with such zeal. Hard beats, harder rhymes – with the occasional respite every now and then. Think threatening horns, bouncing strings, threatening strings and bouncing woodwind sections. Plus crisp drums under apocalyptic choirs. Death, destruction…. It is all pretty dark stuff.

You know the drill, people. The point is – does it work? Well, by all accounts, it is very similar to their opening effort. Musically, it is remarkably consistent ALL the way throughout – to cover 78 minutes and 21 tracks without dropping the ball deserves mad props for starters. They even save perhaps the best song for last on the outstanding “Helpless” featuring Equinox. As for the guest verses – can we even call it that when everyone is actually a guest? – they are all solid, bringing their heat to the table (in more ways than one). Again, think death, destruction, and believing that they have just won the Weltmeisterschaft 2008 of being the cockiest bastards alive – they all win on that count.

Yet, the same criticisms that The Shiznute aimed at elements of “German Lugers” remain here. A couple of songs are immune, such as “Helpless” and “Starlight” – but too often a real lack of cohesiveness undermines the LP. It is no coincidence that the two songs previously mentioned feature just one guest on each effort, the result being that the artist can actually follow through on a concept and craft a song – not just spit a hot sixteen bars and email it to Berlin. Unfortunately, for me at least, this helps to relegate “Black Snow” into the “background music” category, which is a shame as the music is very good indeed. If this is simply stages One and Two of their world domination strategy, and they plan to make a real ALBUM album on their third outing, not just a compilation, then fair enough. But this feels like a showcase of just how many hot rappers the Snowgoons can cram onto one CD. In the end, this still kicks the ass of most of the other releases, Stateside or Worldwide – but on their next outing it would be advisable to aim their Lugers a little higher before they squeeze.