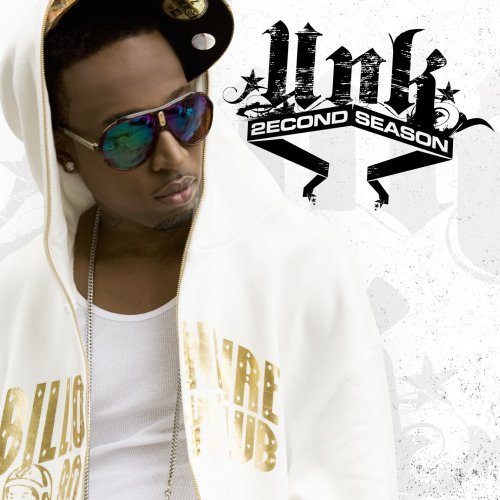 “You gotta love me, can’t stop me cuzzzzzz I’M ON MY SHIT.”

Anthony ‘Unk’ Platt is a man who came along at the right time, had the right hustle and hooked up with the Oomp Camp team to get cream. As a result Unk scored a series of chart-topping singles off “Beat’n Down Yo Block” in 2006 and became yet another familiar face in a litany of Southern rappers who blew up nationally. Platt certainly had to be pleased, as he went from a DJ working high school parties and proms around Georgia to being that rap star with the candy car and more ice than a glacier. Whatever else you can say about Unk, you can’t say he didn’t work hard to get where he is today.

Let’s start with the positives about Unk’s sophomore album “Second Season.” First up is the fact the entire album is produced by DJ Montay, which results in a consistent sound throughout and compared to his Montay produced debut two years ago. Next up on the praise list is the amount of recognizable name guest stars Unk brought through for cameo appearances. Project Pat and Three 6 Mafia join the set for “Wet Wet.” The Ying Yang Twins bring their gruff sing-song style to “Sweep Da Flo’.” Crooner Sean Kingston drops in for the crossover friendly track “You’re the One” and future single “She Freaky” taps Ray J to rock the par-tay.

Doubtless “She Freaky” will be another chart-topper for Unk. A great number of songs on “Second Season” will be big hits, including the currently charting “Show Out.” In fact the press release accompanying this album touts the fact that Unk has the Midas touch in music, noting that the last album’s “Walk it Out” and “2 Step” sold over 6 million digital units. DIGITAL UNITS? That seems unnecessarily vague. If he sold ringtones, say so. If he sold a lot of downloads of those singles on iTunes, say so. The one thing nobody IS saying is that “Beat’n Down Yo Block” went gold or platinum, which is surprising given just how popular Unk was in ’06. Then again it may be that the consumers out there are a pretty saavy group. They quickly realized the two things I did about Unk from his debut – he’s not saying anything new and the whole steez is monotonous after a while. As such it only makes sense that he’d do so well with digital downloads and ringtones, because the consumer is making a la carte selections and only getting what’s really good instead of the full menu.

“Second Season” is another album where it’s going to be awfully tempting for consumers to pick and choose instead of purchasing the entire CD. Unk shows mild (damn near miniscule) improvement in his technique and flow, but not enough to differentiate from his first release. The topic matter is almost entirely the same, although Unk may if anything have cranked up his sex drive to another level. I’m getting used to the Montay production style by now, but the problem is that it always stands out more when he guest produces ONE SONG. With an entire album of Montay’s beats sooner or later they all start to sound electronic and repetitive. I have no doubt Unk will make his cream again on “Second Season,” but it’s also likely that he’ll be the first rapper who made his living solely off the internet and cell phones. In fact I’m not sure there’s a point to pressing up full length Unk discs – the SoundScan numbers and Billboard chart sales will never measure Unk’s impact on hip-hop or the music industry as a whole.