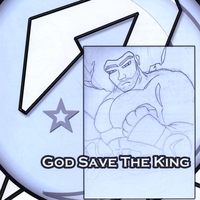 So many elements go into the making of a good album that it’s sometimes hard to distinguish what exactly is lacking when one misses the mark. Ostensibly, all the necessary parts are there â€“ head-nodding beats, meticulous rhymes, sharp scratches â€“ so you can’t easily explain what is preventing it from truly succeeding. It’s one of those damn intangibles sneaking up on you again.

As much as the hip hop community exults in its love of unadulterated pure expression as the epitome of authenticity, we all crave a well-made product, and that doesn’t come without one crucial thing: polish. “Whatever comes up comes out” may be the motto, but if you can’t package it appropriately, it’s not going to speak to anybody regardless of how genuine an emotion it conveys. I don’t necessarily mean “polish” in the T-Pain sense, all glittery synths and fresh-faced melodies devoid of any true sentiment. I just mean that sense of craftsmanship that comes when a work is composed with exquisite care in every syllable, snare hit, and song transition. We love early Wu-Tang for its “raw” quality, but this fresh-off-the-concrete sound is precisely concocted; it doesn’t happen by accident and is cultivated by the artist as surely as the radio-friendly sheen of 50 Cent’s latest single.

The Wu-Tang reference is an apt one when discussing the new album by Dume41, a rapper/producer from Seattle, because, while the music is not in the RZA mold, the lyrics follow the WTC blueprint to a large extent. His voice and flow are a mixture of Masta Killa, Killah Priest, and a little bit of Del tha Funkee Homosapien, in that he has a deep, sonorant vocal tone and a rambling flow that is very deliberate in its pace. His visual style of lyric writing is also reminiscent of the extended Wu-Tang family, as he strings together vivid descriptions to create a verbal tableau of picturesque scenes for listeners. The way he interweaves religious imagery and socially conscious themes also resonates with the Staten Island crew, even if his lack of brutal content does not.

The beats go in an entirely different direction, evincing a love for the pre-Wu-Tang era East Coast underground. The album is full of breezy samples â€“ some light acoustic guitar finger-picking (“The Restaurant”), a lazy piano loop (“Half-Life (The Orange Box)”), airy horns and finger snaps (“Built Eternal”). The atmosphere is not at all light-hearted, as this description might indicate, which is a credit to Dume’s ability as a producer to create a particular mood with his beats, but it is also due to his solemn presence as an emcee over this music. Dume is quite talented at delivering moral admonitions couched within quasi-narratives of personal struggle, as he does on the aforementioned “Half-Life,” which he begins by intoning, “Wisdom is your heritage, so do not waste your boyhood, precious boy.”

“I was born half a citizen, with half the benefits
Then lost half of that when I was hit with imprisonment
Now that’s a quarter back, I can’t afford to rap
My whole squad the same way, and live this mayday
Scrappin’ through this melee awaitin’ they payday
Half a life you get for melanin afflicted
So I get tense when you mention self-defense
I could never own a firearm, just the rhymes that’s bomb
We can only earn half a livin’
With no college degree and high school was low quality
Rain City tenements leave black men hesitant
We see police actin’ shady fifty times daily
They try me, but I keep my paper straight
L’s and all the rest, yes officer, have a good day
I just wanna walk and talk freely
Without the harassing and beatings, guess I should leave these
United States, won’t issue a passport
The occupying force force you to be a work horse
Mad skills, but nobody comin’ to buy ’em
Cats try to slide me weight, I slide by ’em
Can’t risk lookin’ at my kids through a bid
Then when I come home, they’ll be all grown
And missed out on all the knowledge that I need to give ’em
So I kiss ’em, put my head down and grind”

This is only one of many impressive lyrical displays, including the play on words with Severe on “Overpros” and the ode to a worthy female partner in “Drinks In Medina,” a song which breaks some rap stereotypes by valuing a woman’s independence in doing more than paying her own bills. Along with the consistently pleasant musical accompaniment, it’s a winning formula almost the whole way through. The thing that holds it back is, of course, that nagging lack of polish. While the beats are all winners, they feel a little loose around the edges, with song elements not smoothly woven together on occasion and melodic ideas not fully developed. Similarly, Dume’s flow seems like it doesn’t have all the kinks worked out yet, at times gracefully bobbing and weaving around the beat while at others seeming to have lost it altogether. It feels harsh to knock him too much for these relatively small errors, but they do keep the album from achieving the impact it might otherwise have had.

In any case, this just leaves Dume41 room to improve and make his follow-up truly special. As it stands, this is a noteworthy release by a skilled musician behind the mic and the boards that points to bigger and better things in the future. If he can build on the momentum of “God Save the King,” Dume has a shot at a distinguished career as an artist with an original take on some standard hip hop ideas, both musically and lyrically. My guess is he’ll gladly accept the challenge and make good on the promise of his debut.