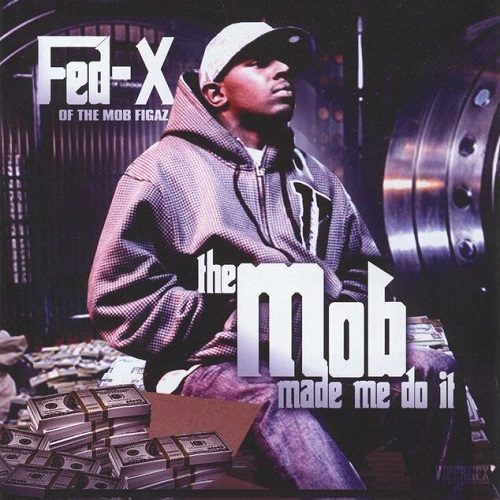 Mob Figaz are what you would call an independent super group. When the five members of the group decided to join forces they were little more than local rappers trying to make it big. Their debut album, “C-Bo Presents Mob Figaz” managed to move over 140,000 units when the members were mere teens. Since then, the group has remained strong but not as you would expect. Instead of continuing to drop group albums, the Mob Figaz have been focused on developing their solo careers. AP.9, Jacka, Husalah, Rydah, and Fed-X all have several solo albums, compilations, and mixtapes under their names. Each one individually has become a star in the bay area. While most super groups involve the joining of established solo rappers, in this case the process was reversed as the group came before the solo fame. Numerous prison stints have kept the Mob Figaz from dropping more group albums, but they show plenty of support when it comes to their solo careers. Fed-X is the latest to drop an album, following up his official debut with a “street album.” The only thing “street” about “The Mob Made Me Do It” is the content as it is all original beats and no annoying DJ.

Perhaps the catchiest tune on the CD hits us first, with the feel good “Get That Money:’

“Yeaaah, I spin money like a DJ
Watch it go round, come back like a replay
Eight, ten kicks got ’em off in 3 days
That’s the American dream, that’s what we say
Fuck what she say, give her no leeway
Money come up short, the pit stop is the freeway
Blunts rolling, two packs, fucking off two stacks
Everything a nigga do they be like “How he do that?”
Rims same color of the car if the coupe black
Dude next to me, they be like “Who’s that?”
Where’d you get them diamonds, you need to lose that
My money never stutter and my diamonds every color”

The beat hits hard in a nasty way and I can only assume it is a DJ Fresh production with his signature soul sample and futuristic synth use. The rest of the CD is full of banging tracks, though there are some lower points. “Like To Do That” suffers from a somewhat generic beat that almost works, but is lacking a little. It is a shame too considering Jacka rips his verse on that track. “Shooters” finds the Mob Figaz back in their element with a subdued soul sample blended with some down right eerie synths and Fed-X and Jacka trading verses. The tracks that do fail to connect do so only in execution usually, but the potential is seen. “All About My Doe” features a smooth beat, but the southern inspired hook contrasts too sharply with the song. The tracks that do connect are extremely satisfying. “Hustler Music” gives Wayne’s version a run for its money, though Wayne’s version and beat do edge it out. “The Same Thing” finds Fed-X, Jacka, and Rydah spitting over a Spanish inspired beat and Jacka even flips it in Spanish for a bar or two.

“The Mob Made Me Do It” is far from perfect. With the fat trimmed off and a little more focus from Fed-X it’d be quite an album for any rap fat to ingest. Even with all its imperfections, the street album contains enough dope cuts to warrant a recommendation from this critic. You’ll likely skip a few tracks here or there, but the ones you do repeat will be plenty satisfying. The mix of soulful beats and contemplative gangsters is nothing new, but it’s done quite well and continues to show why the Mob Figaz are so heralded in the bay. The subjects of money and hustling may wear thin on some considering their prominence in the mainstream, but Fed-X manages to capture both the lows and highs of hustling. If you haven’t jumped on the Mob Figaz train yet, this might not be the best place to start, but you surely will not come away with a bad impression of Fed-X and his crew after bumping this CD.