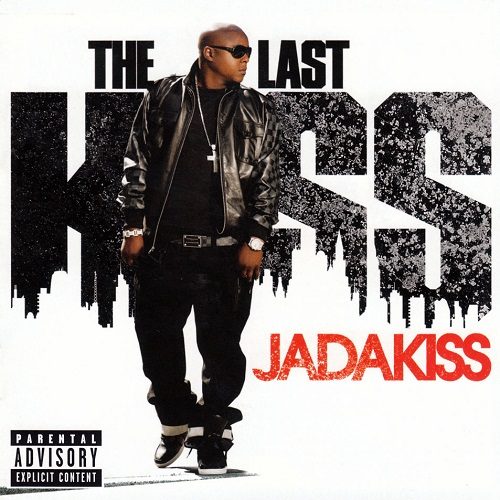 Back in the days when The L.O.X. seemed like they were swinging from Puff Daddy’s nuts just to get a payday (don’t lie, you were thinking the same thing) I was none too impressed with Jadakiss. He struck me as your generic New York thug rapper with an average of one clever line per 16 bars or less who has an incredibly monotone delivery. Either through vast improvement on his part or from seeing the error of my ways (perhaps both) that opinion has changed dramatically. The rough vocal tone, the emphasis on specific words and syllables, the slight changes in mood may all be imperceptible in his early work but on albums like 2004’s “Kiss of Death” the man known almost as well for cameo appearances as solo performances finally stepped into his own spotlight. That spotlight didn’t come without controversy though as Jadakiss used the single “Why” to question whether or not George W. Bush was involved in a 9/11 conspiracy, causing many stations to edit the track or blacklist him altogether. Even in the 21st century freedom of speech isn’t always so free.

It’s been a long and painful five years since Jadakiss made a proper (i.e. not bootleg mixtape) return to the recording industry, but at long the moment has arrived in 2009 where Jada can give us “The Last Kiss.” Does this also mean that the rapper himself intends the album to be a swan song, a farewell to all, an exit stage right even? He certainly couldn’t be faulted. Music sales were down across the board BEFORE the economy tanked, and now the artist who seals his raps with a Kiss may want to get out with a somewhat deserved reputation as a King of New York. Before he can do that though he has to pay tribute to another equally lauded King: the black Frank White who throws dick to dykes, a.k.a. Biggie Smalls, a.k.a. Christopher Wallace a.k.a. Notorious B.I.G. Jada’s “Letter to B.I.G.” is not only heartfelt and well-produced by Needlz, it’s got Biggie’s wifey Faith Evans on the track to really make the words hit home:

“In your memory I keep the Coogi in my closet
Kangol on the rack, a fresh pair of Wallies
You know I’m still the liquor and the weed child
And still got Branson on speed dial
And everybody’s the king now
You ain’t gotta be nice gettin shot is the thing now
Mafia was doin their best they seperated
Now Roc and Gutta doin a stretch, uh, yeah
Kim is still in it to win it
I seen Money L awhile ago but I ain’t heard from Cease in a minute
People in power is queer
I could go on for a year ’bout how it would be if you were still here”

Indeed, but with 17 more tracks on “The Last Kiss” the Yonkers, NY rapper has a lot more to speak on than just reminiscing about his man. On “Can’t Stop Me” the braggadocious toaster teams with Neo Da Matrix on the beat and Ayanna Irish on vocals to put down his plan for advancement.

“I’ma call it confidence cause I ain’t cocky
I just know one thing, they can’t stop me
Whether I’m on 5th or L.A. at the swap meet
It’s all good cause I know the gangsters got me”

And Jadakiss links the East Coast to the Third Coast by getting Fiend to crunk it out and Young Jeezy to share the spotlight on “Something Else”:

Not surprisingly Jadakiss smooths it out for the radio and the dancefloor too with the minimalistic beats of “Stress Ya” produced by The Neptunes and featuring Pharrell. It’s the crossover version of “The Champ Is Here.”

“Listen J to the MUAH, I’m one of the best
in the world ma, that’s what they say on the blogs
Look in the garage, half of the car’s off the bar
And the other half off the mob
My entourage is large, so hard
Kiss run the streets, my niggaz run the yard”

The cocksure delivery serves Jadakiss well even when the tracks or guests occasionally fail to do the same. “I Tried” featuring Avery Storm is trying a little too hard, as Storm is generic for R&B singers and Baby Grand doesn’t seem to have heard of a piano. Here’s a tip – when your melody is made out of samples and the bassline becomes the real melody, try again. “By My Side” featuring Ne-Yo is better, but the song still has a very formulaic “underground rapper + modern day New Jack Swinger = buys” formula heard on every album today. Lil Wayne seems wasted on “Death Wish,” a track that probably belonged in an Elm Street movie, even though Alchemist tries as hell to make the dark beats work. I still prefer that song to Swizz Beatz work on “Who’s Real” though, the kind of song which has the worst of both worlds – an uninteresting and repetitive chorus by the producer to go with a beat that’s the same.

There’s a lot more here that works than doesn’t though. “Grind Hard” with Mary J. Blige is a throwback to the mid-1980’s with a staccato electronic beat resulting in perfect chemistry between the two Yonkers natives. “One More Step” on the other hand takes finger snapping and slinky funk all the way back to the 1970’s as fellow D-Block compatriot Styles P trades bars with him Run-D.M.C style. Nas wrecks the set lyrically with his bars on “What If” and “Things I’ve Been Through” wins with Jada’s personal tale of tragedy and triumph being married to vocals from Luther Vandross. Enough things are right that you can’t go wrong with “The Last Kiss,” but the key is that the album makes you want Jadakiss to stay in the game instead of hanging up his sneakers and walking off the court. He’s flashy when the lights are on, clutch when he needs to be, and more often than not leaves you smiling and waiting for his next performance. Hopefully next time we won’t wait so long.