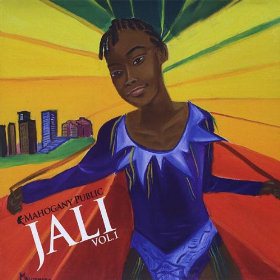 If you’d like to know about a musician’s depth, simply flip to the back of an album and look at the song titles. A few assumptions: 1) artists who use clichÃ©s in titles, unless they are meant to be ironic, undermining, etc., will dip again throughout the album, 2) poor, uncreative and/or inappropriate titles, even if the track itself is good, indicate a mind that doesn’t function consistently, 3) bad or undeveloped ideas (in composition as well as lyrics, if the latter applies) means there cannot be substance, i.e., no matter how competent the artist is technically, there’s no organic whole, no sum – it’s Art, but in limited ways.

True, there are exceptions, but I write of trends, not rules. I look at album art, song titles, liner notes, etc., mostly because it takes the artist out of his comfort zone – pure musical technique – and into a place that requires a different kind of creative thought. If an artist is not well-rounded, it will show not only in the limits of his music, but also in the liner notes, titles, and, to a lesser extent, the cover. A lesser extent – yes, because covers often reflect a personal, subjective aesthetic, and not something necessarily to be judged, unless it’s flagrantly inane, like 50 Cent’s banal gunshot, broken glass, and muscles on “Get Rich or Die Tryin'” or – on the other extreme, as this applies to all – Canibus’s pretentious crawl towards a microphone on “For Whom the Beat Tolls.” It’s silly to expect great art from these two.

The album at hand is Mahogany Public’s “JALI Vol. 1,” a side project of Canada’s “Politic Live.” Track names include standard â€˜conscious’ tropes like “Raise I Consciousness,” “I Am,” and “Free Yourself,” and a few unconventional ones, depending on what’s done with them, like “Chocolate Face” and “Black Steele,” the latter a play on guns and ethnocentricity. So, I expect this mix. The actual music is reggae forged to other genres, a â€˜progressive’ move that, by itself, means little, as a mixed genre can be as banal as a pure one – it’s the kind and quality of the composition that counts, not the idea of it. On to the execution.

“Boom or Bust” is enjoyable. Musically, there’s a slightly upbeat mix of sax and the more withdrawn reggae keyboards, while the rappers’ flows, and singing, is unexpected, melodic, and creative (especially midway through). Regardless, with lyrics like “We all wanna be free and live righteous/ Capitalism – has a tight grip,” as well as invocations of Babylon, and typical political refrains, it has no lyrical depth. Moreover, it’s not innovative musically, nor even very well-done â€˜typical’ reggae, which, by its nature, is quite limited anyway. Given this, I think of far more successful â€˜fusions,’ such as The Clash and their ska, reggae, punk, classic rock, among others.Successful, but why? – partly because they were able to see the weaknesses of â€˜pure’ genres (the obvious limits of punk, the repetitiveness of reggae, etc.), using strengths appropriately, to keep things unexpected, and partly because the form – that is, fusion – nicely corresponds to and undermines the actual content of the music. Plus, the variety: ballads and the ballad-esque (“Spanish Bombs,” “Lost in the Supermarket”), among others, were not only well-written, but evocatively composed of contrasting and emotional parts. Here, on the other hand, things are a bit too “clean” throughout, with genres remaining distinct, depsite the obvious need for fusion. It’s integrated, but into the disparate.

“Another Day at the Office” has, again, a rather melodic and enjoyable mix of singing and flow, with the chorus, perhaps, the most prominent. Yet, it does not rise to anything memorable, while the tacked-on spoken word at end is atrocious, monotonously-delivered poetry with bad rhythm. The fact that a piano melodramatically punctuates the delivery shows that, despite Mahogany Public’s technical competence (and strengths), they are also capable of poor musical choices. It’s exactly what one might expect at a spoken word event, if there’s music to go with it – the obviousness precipitates dullness, and bathos takes care of the rest.

“Always” is the best thus far, an unorthodox pop song with an interesting structure. To wit, it’s partly because there’s a genre dominating the track (rock/pop) with fusion undertones, meaning, it’s caught up nor limited by any genre, and partly because of being â€˜pure’ singing – reggae or otherwise – it’s â€˜standard’ vocals punctuated by falling rhythms (as in, mid-way, “I/ don’t/ give/ a/ damn!”, which is humorous given the narrative) and a slightly nostalgic atmosphere, with a flute-like ringing propelling much of the track. It’s something to listen to for its decent emotional content.

As expected, “Raise I Consciousness” is banal, a clichÃ© of reggae, in lyrics as well as musical composition, while “King” is another bit of terrible of spoken-word: “bold/ black/ beautiful!,” a refrain, it seems, that never gets old to some, no matter how often the trope is regurgitated, uncreatively. The Afro-beat backdrop is likewise too obvious.

“Ghosts of Absent Fathers” is spoken-word, which does not bode well. The minimalism is dramatic and the words – “I am one who will never see the sun/ For I abandoned my daughter” – hard to swallow, at least artistically. These words are lazy – it could not take more than a few minutes, perhaps half an hour for the better ones, to pen entire tracks. At least music has a fallback – the music. Spoken-word, in all of its manifestations, only has the common and incorrect defense of â€˜subjectivity’ against all charges of platitudes, ill structure, or inept, melodramatic phrasing. It’s a rare artist who transcends this, given the self-congratulatory nature of spoken word. “Reggae Is,” another spoken word piece, is better, partly because it doesn’t take itself as seriously. There’s humor, and comical rhythm, even if, mid-way through, it becomes somewhat preachy.

A big part of the album, spoken word, is uniformly bad, with the exception of “Reggae Is,” which is not even â€˜true’ spoken word, but a dramatic, unpretentious convo, followed by a monologue. And thus, the overall result is sometimes good, but usually inconsistent and messy. No entire song is memorable, although a few have memorable elements. If only there was more of this, and such things were better integrated.