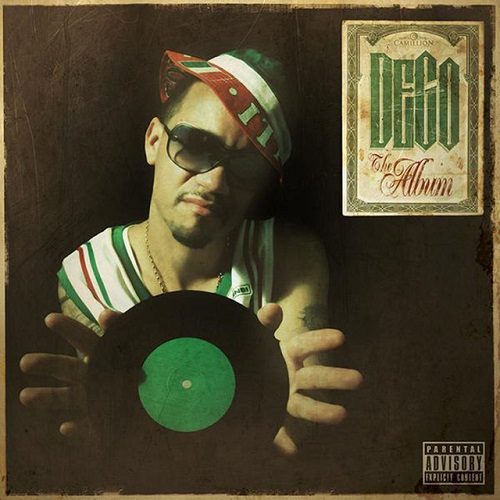 Dego’s bio is about as nondescript as his music. It’s not that there is anything particularly wrong with his portrayal as an up and coming independent artist striving to avoid pigeon holing in the industry, but in the end we’re left with nothing but generalities. Dego moved to the Bay at age 5, but the Bay can be a number of places each with their own style and stories. Oakland rappers rep Oakland, Frisco rappers rep Frisco, and even smaller cities like Vallejo make sure they let you know exactly where in the Bay they represent. With little in the form of background information, Dego’s music is left to stand on its own.

The production on “The Album” is the sort of catchy, bouncy rap music that is good, but not great. “Still A Playa” with Too $hort has a smooth melody that would make for a good R&B club song. The bass and drums add the bounce and hard edge that make it a rap track. The same can be said for “Satisfaction,” “Can I,” and practically the entire album. The production is not bad, but it is not distinctive either. It is club music that would be at home on any rapper’s CD from any region. The lyrics and hooks also fail to give Dego an identity. The three aforementioned songs are the sort of syrupy sweet club tracks that don’t say much. “Can I” has a female on the track coyly enquiring about Dego and Jacka’s sexual exploits. “Let Em Know” vaguely hints at Dego’s struggles in life, but is littered with too many boasts, brags, and trash talking to make you feel anything for the man behind the music.

Good or bad, there isn’t much to say about Dego and his music. He’s not a punch line rapper. He’s not a story teller. He relies on talking directly to the listener but what he says is neither interesting or compelling. You come away with literally nothing about the man behind the music when you listen to his CD. Even on a track like “We Want” where he wants to make a political statement he is stuck just regurgitating played out slogans and concepts with little substance behind them. The foundation is there for him to make a meaningful album. Musically the production is good, but not great. As an emcee he has a distinct voice and a good flow. He could make some honest, heartfelt music and likely get a loyal fan base. As it stands, it seems Dego was so intent on not being classified that he ended up becoming rather bland and indistinctive.