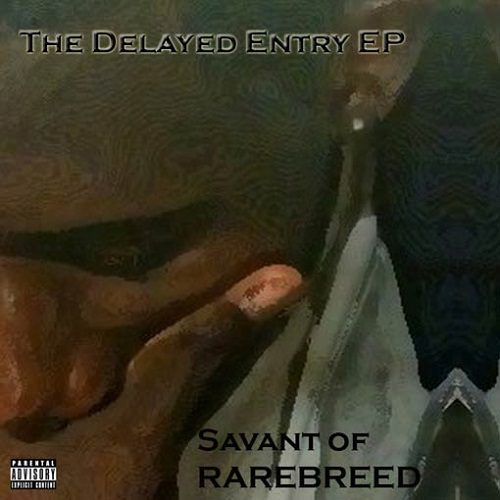 One of the most important platitudes you will ever hear is something along the lines of a journey lasting a thousand miles really only actually starting with a single step. Yet, nowadays, it can also start with a single click (of the mouse) or stroke (of the pen). Being a rapper involves a series of mental hurdles that, quite frankly, only the delusional will attempt to jump over. You WILL – without doubt – be absolutely shit when you start rapping for the very first time, whether you are eight or eighty. It isn’t like running, where you might have an instantaneous natural knack for it. Sure, every drunken tosser on a Saturday night starts trying to rap, then says that it must be well easy if they can do it. But to actually be a GOOD rapper takes time, passion, dedicationâ€¦ and whoever it is – Nas, Canibus or Savant of RAREBREED – they will almost certainly remain a work in progress for many a year to come.

There is a reason that the vast majority of rappers only start to “find” themselves or their true voice after the age of 26. There will always be a tiny number of high profile exceptions – such as Nas and Biggie – but for the rest of them, such as Jay-Z, Eminem, Kanye West and countless others, post-26 seems to be the age where they still retain their youthful passion, whilst being able to combine it with skill and self-awareness. They may well have started young, but to be truly great requires reaching levels of “rap maturity” – and many just quit before they ever reach it. Some, of course, are never meant to reach it.

Savant of RAREBREED – he insists on the CAPS LOCK – is an interesting case in point, and probably, in all honesty, one of the minority marooned in between. In other words, he is in between the blind naÃ¯vetÃ© of being a teenage rapper and hitting his stride at precisely the right age. His debut EP is perhaps more fascinating to analyse than to just straight up ENJOY – as is the gift/curse of this storied format. EP’s have made a comeback, perhaps as a result of our “ever-reducing attention spans” – yet, they occasionally mean that you don’t get the album or the hit single, just a glimpse of potential.

Fortunately, “The Delayed Entry EP” is a very solid release, showcasing some of his skills, whilst highlighting a couple of deficiencies that should disappear with experience. The good certainly outweighs the average, and cuts such as the excellent “Illest You’ve Never Heard” and the strange but beguiling “Marry a Memory” do display individual merits that, through ambition alone, mark him out as something different from the rest of the herd. The opener “The Lyricist ThreeMix” is promising but too busy – three remixes within one track detract from a main beat that is fantastic on its own. “Concrete Techniques” is a moody old-school BDK-esque lyrical bragfest; yet he sounds more individual (and, by default, less like just another backpack rapper) on songs such as “You Know.” All in all, out of the eight tracks, there are no real weak moments – although few spectacular ones obviously present themselves.

Musically, Savant assembled a group of talented producers that seem to have the right ear for his style. Yet, there is one criticism that Savant must accept and work hard to improve: his flow. Whilst he is a very promising lyricist, he needs to improve his flows and even the way he spits most of the verses. Sure the content and lyrics are there, serving as a solid platform. But flow is the all-important trump card, and he must strive to improve his over the coming years. Aside from that, Savant seems to have most of the systems in place to inch towards an actual rap career, and this EP – available for FREE – is certainly worth a few spins. It acts as an interesting primer for a future full-length album and his is a journey that will, at the very least, prove fascinating. Yes, he has a way to go, but his heart is in the right place, as is his attitude – more importantly, however, you genuinely WANT to be along for the ride. That’s always a good sign.