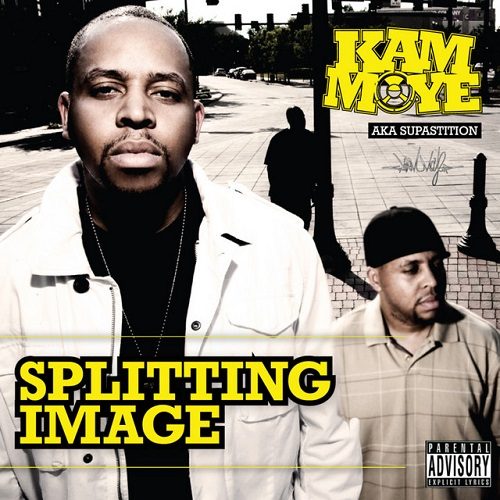 The Onion recently rated Spike Lee’s 25th Hour the second best movie of the decade (the best being Eternal Sunshine of the Spotless Mind). In making this choice, The Onion AV Club reasoned that 9/11 is the most defining moment of the last ten years and that 25th Hour is the best movie about 9/11. Fair enough, but what makes The Onion’s characterization of 25th Hour as a â€œ9/11 Movieâ€ interesting is that the flick barely mentions September 11, terrorism, the Middle East, al Qaeda, etc. Rather, the film is so effective because, though an intimate, personalized narrative about a man’s last night before going to jail, it captures the spirit of New York City struggling and surviving after the Towers fell.

“Splitting Image,” the latest from North Carolina native Kam Moye, more famously known under his former alias, “Supastition,” takes a similar approach to the defining crisis of the second half of the Aughts â€“ namely, the recession. Moye often alludes to America’s overarching economic upheaval. On “Stars,” featuring John Robinson he questions, “Am I enough to spit federal notes to keep my credit afloat?” and then comments that “there are two sides to being Kam Moye/one’s a rapper; the other owes his landlord.” He begins “Do What It Takes,” featuring Buff1, by commenting that “It’s hard to hold hope when folks po’ and jobless.” The LP is deliberately a product of our times and is a smarter album for it.

Still, like 25th Hour, the work is first and foremost about the struggles of its protagonist. KM discusses himself with a well-rounded honesty nearly without parallel. On “Give Out, Give In,” over a lonely, minimalist jazz-beat, the MC finds a remarkable middle ground between emo and uplifting in an authentic and vulnerable discussion of his “ten year bout” with depression. Concededly, our b-boy speaks well of himself a great deal, but instead of engaging in bland self-aggrandizement, he portrays himself as an adult who has been battling with himself for years and is finally winning. Lines like “I feel reborn like a Christian basking in holy water/I feel reformed like a prisoner free holding his daughter,” speak to a genuine and gradually developed self-esteem, not an over-compensating machismo.

While Kam’s inward focus does make the LP a bit one-note thematically, he is still able to throw in some surprises here and there. On “Hello Karma,” featuring Phonte and Ayah, the North Carolinian rapper finds his sense of humor, confessing that he does good things just to make up for his sins, such as, for example, “Coaching kids on Saturday morning to make up for what he did on Friday night.” On “Imani,” he presents an intriguing choose-your-own-adventure morality piece, narrating a story of finding the perfect girl but then finding out early on that she is pregnant with her former boyfriend’s baby. He asks what he should do, but no answer comes. Such tracks showcase Moyeâ€™s skills a well-rounded thinker and adept lyricist.

The production is not terribly innovative but is nonetheless generally effective. Kam’s litany of producers, including Marco Polo, Vitamin D, and Jake One, consistently lay down Dilla-esque catchy but minor jazz-loops over patient drums. It’s not a new sound, and, at points, the tracks feel monotonous as they bleed into each other. Still, there are certainly standouts. The eerie, operatic backdrop and buzzing feedback of Symbolyc One-produced “Splitting Image” makes the song more than just another rap with a neo-soul hook. I cannot begin to trace back the influences of Sic Beats’s slowed down doo-wop and nostalgic sitar over barely noticeable drums on “Imani.” But regardless of whether the beats sound unique or commonplace, more than anything, what the beats achieve is finding a comfortable balance between hope and grief.

Indeed, when all is said and done, Kam Moye’s “Splitting Image” is about struggling people in difficult times. He tends to use himself as a the main example, but considering the unemployment rate, the rise in energy prices, and the Army reserves being called to leave their families again and again, Iâ€™m guessing a lot of people can relate.