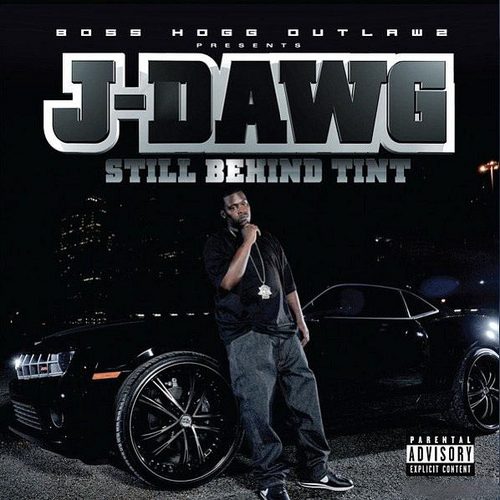 Okay before I get started with the review, I feel like I have to apologize to Mr. J-Dawg.

J-Dawg, I’ve never met you, probably never will, and please do not take what I’m going to say personally. It is not my intention to talk mess without any reason. Whatever I say is simply my opinion, and you are more than welcome to brush it off if you don’t like it. After all, as the confident person that I’m sure that you are, you can interpret this review as just another hater to your game. Hustle on if that’s what you feel.

But that being said, homie, you need to step up yo’ rap game because it comes out piss fucking poor on this album.

Your voice strikes me as a grown-up Riley from the Boondocks mixed with Houston oil. This wouldn’t be a bad thing, but it has a whiny pitch that does not translate well if it doesn’t hit the beat, which you don’t. Your flow is just as off-rhythm as Keak da Sneak’s. The thing that Keak has going for him is that his voice and drawl can carry a song if the beat is sick enough. However, even with all the serviceable production you got from Cy Fyre, Sound Mobb, and G Luck, your raps just sound out of place, like they were tacked onto the track with duct tape and chewing gum. Plus, your lyrics don’t differentiate you from any other Houston rapper that’s tried to play this game like you. No rhythm, no swagger, no lyrics, no voice. I’m sorry homie, I just can’t find anything good about your actual rapping skills on this album.

I mean, you got yourself some knockin’ beats. “Be Okay” hits hard and fast and doesn’t let up, the beat is mixed and layered well and the progression is well done. “All on You” sets the tone for a good thug ballad with its organs and mellow tempo. “Let Me Make It” is simply done and lets the big synths tell the story, and it would’ve been a lot better if you hadn’t beaten the hook to death at the end. “Here We Go” mixes that Houston sound with some nice sampled keys. I mean, this album sounds good MUSICALLY. As a collection of instrumentals, I would’ve loved to bang it out the trunk with regularity. And look, I’m not saying that your rapping is so horrible that it ruins all these nice beats, I’m just saying that your raps aren’t more than a garnish on the work that your production work has put out on this album. Your verses don’t hit, and while your voice is memorable, your sense of rhythm is so skewed that I can’t ignore it. It doesn’t sound like rappin’, it just sounds like talkin’ shit to a beat.

I’m sure that fans of the Houston scene will enjoy you, hell, they might read this review and just as readily label me as a hater that doesn’t know anything. Don’t get me wrong, I’ve had love for South Coast hip-hop since UGK first graced my ears in high school. I’ll recommend this album to some homies that feel the same about Houston, but it’s only because the beats slap out of my trunk. All things considered Mr. J-Dawg, you could definitely step your rap game up and make some Houston magic if you continue to keep hookin’ up with the main man behind the boards Cy Fyre, but right nowâ€¦you just sound like a work in progress. And I can’t in good conscience give you a passing grade.