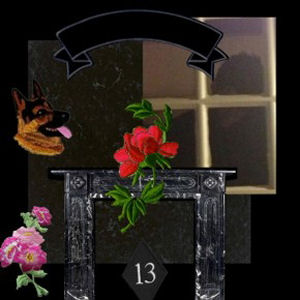 Henry Laufer, aka Shlohmo, has been making beats since he hit puberty and seriously making music since he was barely voting age. His style has evolved in the three years since his 2001 debut “Shlomoshun Deluxe.” That album was glitchy electronica. 2011’s “Bad Vibes” took a downtempo turn, which made it a pleasant album but one that was hard to get excited about. His 2012 EP “Vacation” saw him exploring R&B, and he delves even further into that territory on “Laid Out.”

The EP starts off with “Don’t Say No,” featuring blue-eyed soul from How To Dress Well’s Tom Krell. Shlohmo provides a ticking beat and off-kilter synth washes as a backdrop to Krell’s crooning. It gets dangerously close to chillwave before Shlohmo takes things in a noisier direction around the 1:35 mark. The dissonant notes keep the song interesting, as they often do in Shlohmo’s work. On the surface, many of his songs can feel deceptively simple and mellow, but he adds in just enough unusual elements to make something more than just background music.

“Out of Hand” could be a Burial b-side, complete with filtered female vocals. “Later” uses a squealing synth like an electric guitar, combined with trap snares. It is something that is one part street rap and one part indie electro pop. The trap snares are back for “Put It,” a re-imagining of G-funk. Trap music is the latest African-American art form to be appropriated by white people, and Shlohmo’s exploration of the sound shows how this can be a good thing. He’s not trying to be gangsta, but rather using elements of gangsta rap production in a new way.

Like a lot of the so-called “instrumental hip-hop” coming out of Los Angeles right now, Shlohmo’s music has less to do with hip-hop and more to do with EDM. His music is less focused on low-ends and headnods than on introspective soundscapes.That makes “Laid Out” a somewhat frustrating experience for someone expecting BEATS. While a lot of what Shlohmo does is interesting, too often it fails to truly connect on a gut level. Instead, it floats around the ether without ever settling into a heavy groove. “Laid Out” has its moments, but in the end I felt that there wasn’t enough substance to really grab on to.