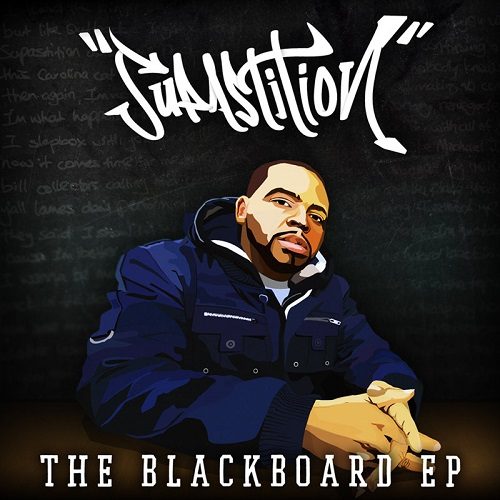 Music lovers all over the world could argue indefinitely over whether the rap game needs Jay-Z in 2013, but his legendary status certainly helps keep hip hop in the limelight. Of course, this lyric was written over 12 years ago when Jigga was releasing critically acclaimed records that also sold like hot cakes. The reason I’ve referenced Mr Carter is because he semi-retired before it became fashionable. We’ve seen Eminem, Jin and countless others hang up their mics only to return a few years later. Supastition has recently done just that, having grown tired of “the game”. Where Supastition differs is the fact that he was an indie rapper who had slowly been making waves in the underground through endless collaborations. Little Brother, Royce Da 5’9”, Apathy, there is no denying Supastition has worked with some talented artists, so it was strange to seem him change his name to Kam Moye about five years ago. His music became a little less rugged, but maintained a solid, authentic sound. It didn’t change his fortunes, if anything it confused listeners. With “The Blackboard EP”, Supastition seems to be dipping his toes back in before unleashing a genuine full-length (although including bonus tracks, this is ten tracks deep).

For the most part, Supastition hasn’t lost his flow or technique for rolling rhymes out over dope beats. If anything, he sounds hungrier â€“ especially on “Daydream” where he insists that no matter how hard it is to be a successful rapper, it’s a dream worth working for. This is something that led him to retire in the first place, the European tours and effect it had on his family at home, which lends “The Blackboard” an underlying maturity. This is all documented on “Rejoice”, a heartfelt, access-all-areas song that (I imagine) relates to a lot of rappers putting out records whilst working a regular job on the side. The soulful instrumental only adds to the mood, with a swinging bassline that yearns to be appreciated. Meanwhile, “Expectations” is a traditionalist’s anthem that admittedly comes off a little bitter with contemporary music methods, but does include a scathing verse aimed at video ho’s.

“Don’t Care Anymore” is a frank track where Supastition admits his album “Splitting Image” wasn’t great. He even attacks past collaborators, although doesn’t name names. It’s songs like this that lend him likeability, a relatable persona that shows he is a regular man off the street that happens to love rapping. “Best Worst Day” is a take on the Ice Cube classic, following a day in the life of an underground rapper that isn’t particularly interesting, despite the attention-grabbing narration skills. As a fan of Torae’s “Double Barrel”, a superb example of heavy beats and simple yet effective rhymes, Supastition excels when paired with the more sinister sounding “Yada Yada”, or the menacing title track “The Blackboard”. DJ’s Faust and Shortee chop up an already choppy Rik Marvel beat that guarantee you start headbanging. Even the soothing tones of Dominique on “Perfect World” are backed by some crashing snares and sombre strings. But this style of production works for Supastition, and is precisely the type of authentic hip hop that fans lapped up ten years ago when he broke through.

Even M-Phazes gets in on the act, welcoming Supastition back with some dusty snares and crusty vocals, giving “Indestructible” the feel of classic 9th Wonder. Lyrically, Supastition is more optimistic on his artistic direction, insisting that there will always be room for him, while “Outcome” even shows signs of profoundness and fulfillment. Blackboards are rare in classrooms and in 2013, are a dated system for teaching. But like hip hop music, it is something multiple generations have grown up with and learnt from. Supastition has ran with this theme throughout his comeback EP, and the likes of Rik Marvel have provided strong foundations for Supastition to share his message. This is for fans of neck-snapping hip hop with passionate emceeing. There’s no advanced lyricism or anything overly creative here, but much like how blackboards are simple devices built to last, Supastition provides another excellent example of no-frills, raw hip hop that you’ll keep coming back to.