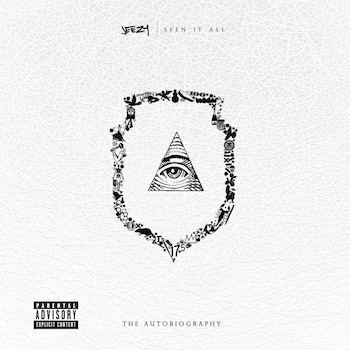 Jeezy :: Seen It All: The Autobiography

I can’t really blame Young Jeezy for dropping the “Young” – after all he’s 36 now. We posed the question on our review of his major label debut, and he answered it for us, soYOU GO JAY. MeanwhileYoung MC never did drop the “Young” once he was in his 30’s or 40’s, which is either a tribute to his perseverance or a testament to his irrelevance. He hasn’t had a song chart on Billboard since 1997 – at which point even he was calling himself the “Return of the 1 Hit Wonder.”

Back to the not-so-young Jeezy though, and his new album “Seen It All: The Autobiography.” The one thing that Jeezy has always had which set him apart from his peers was not his rhymes – and his success has brought a slew of imitators who talk about the same things he does (for better or for worse). The thing that made Jeezy stand out was the one thing that really couldn’t be imitated – his vocal tone and his delivery. Jeezy has a uniquely Atlanta, Georgia rap style – a drawl thicker than a Johnny Rockets milkshake with more gravel than a concrete quarry. Jeezy is arguably the only rapper alive who could make “yeah” into a seven syllable word, and it’s that penchant for being uniquely Jeezy that makes him entertaining. Over the Don Cannon, Lyle LeDuff and Frank Dukes produced “Holy Ghost” Jeezy combines all of his best qualities into a track that really is autobiographical in presentation.

“I almost fell for the bait, almost fell for the hate
And I’m the same nigga that let you niggaz eat off my plate
Saw that shit from the do’, knew that shit from the go
I guess this how it go, sit back and laugh at the show
Remember back in the day a nigga took yo’ shit?
Told you ‘Don’t put it there’ and a nigga stole yo’ brick
Then I put you back on – did I handle you wrong?
When niggaz start actin weak, that means it’s time to be strong
See I keep it so real I ain’t keep it real with myself
Ain’t gon’ be real wit’chu niggaz, I gotta be real with myself”

Even though artists like Freddie Gibbs have questioned just how “real” Jeezy actually is, there’s no doubt Jeezy’s had his share of real problems – reading his rap sheet would take longer than reading this review. As recently as last month, Jeezy got arrested on the Under The Influence Tour for having an illegal assault rifle (an AK-47) on his tour bus. You could accuse him of getting caught up in his own hype and having to portray what he says on his albums in real life – “I don’t eat, sleep or s#%! without my motherf#%@ing pistol” quips Jeezy on “Me OK” – or you could say that his own accounts of an “empty” childhood punctuated by narcotics arrests and stints in youth boot camps prepared him for a rap career punctuated by nihilism. “I hope my hustle don’t offend nobody” says Jeezy in one breath, then “I can give a f#%! what you think about me” in the next on “4 Zones.” Which one’s the real Jeezy? Simple: both.

You can ultimately give Jeezy as little or as much credibility for authenticity as you’d like and they’d be equally valid, though given his inability to avoid legal problems I’m content to accept that he comes from a thug life that he’s never successfully shed despite selling millions of records. The only thing you really need to judge is whether or not the “old” Jeezy is as compelling as the “younger” Jeezy, and he’s got plenty of music to ride by on “Seen It All.” Top notch producers and big ballin’ guest stars don’t hurt. Black Metaphor hooks Jeezy up lovely for the aptly named “Beautiful” featuring Game and Rick Ross. Mike Will Made-It will please his fans with the track for “No Tears,” as will autotuner/rapper/crooner Future with his cameo. Speaking of crooners, August Alsina shows up on one of the album’s most surprising tracks – the No I.D. produced “F#%! the World.” I can’t and don’t rate Jeezy as a top lyricist – he tends to repeat himself and his punchlines lack punch – but “Seen It All” is an album you can listen to start to finish and not hate yourself for buying it.

Jeezy :: Seen It All: The Autobiography
6.5Overall Score
Music7.5
Lyrics5.5