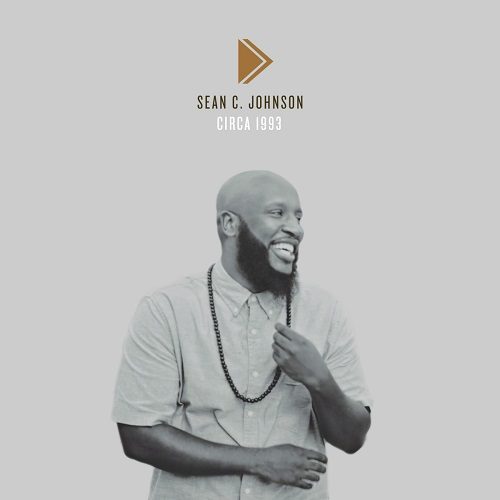 Gospel music has been getting itself infused with other genres of music for a long time now. On one hand, you’ve got Christian adult pop with Michael W. Smith and Amy Grant. On the R&B/soul tip, there’s Mahalia Jackson and Kirk Franklin. Then it made its way into hip-hop, and it’s within that context is where it becomes polarizing for some listeners and skeptics. In hip-hop, you can rap about anything. Praising the Lord, however, still seems off-limits. Despite the commentary we received ten years ago on this topic via “Jesus Walks” by Kanye West and the current success of artists such as Lecrae, combining gospel with rap retains a certain taboo, but without any blasphemy. Christian records in hip-hop are usually ignored, but not vilified. It’s like saying “It’s cool if you make an album that’s all about weed. But a God-centric album? Eh… meh.”

Gospel rapper/singer Sean C. Johnson uses the year of 1993 as the framework his latest offering, “Circa 1993”. During that year, Mr. Johnson underwent pivotal life events that compelled him to seek and live a Christian life. The Oklahoma native gives the listener a glimpse into his origin as a musical artist dedicated to Christian pursuits. But how does the music fare? For this listener, he’s praising his God without coming off as preachy or sanctimonious. What the album boils down to is his struggle and the point at which faith found its way through.

The music has a J-Dilla/Roots/Soulquarians-style of production in terms of having a smooth consistency throughout the album. There appears to be live music interspersed with sampled vinyl. As evidenced on the opening track “Mountains”, live piano can be heard over a backdrop of crackling vinyl. What’s also interesting to note is how most of the tracks contain a sung gospel portion and then a rapped verse, as though the former is a conceptual prologue to the latter. Most of the raps are topical mixed with divine praise/counsel. On “Made of Love (Charity)”, he starts off singing for the first two minutes and then rapping, both parts concern his admission of how pornography has distorted his views on love and sex. Because of the admission, he seeks repentance.

“Melodies (From Heaven)” reminds me of Kirk Franklin’s version. Plus, the way this rendition’s music was done had me thinking for a second that 9th Wonder may have been behind the boards on it. The fourth track, “Redemption Song”, has a jazzy guitar loop and features Armond Wakeup and Adam L. I consider this track to contain some of the best raps on the whole album, and on “Never Knew Him” we hear Sean adopt Drake’s rap flow and reflectiveness to an extent.

The album has a consistency in terms of the soulful arrangement of the music. The divine-inspired ballads layered atop the music are just as consistent. Is this album a game-changer for Christian rap? Not at all. In fact, Christian rap as well as overall hip-hop fans will have a significantly easier time listening to the record provided that they do so without expectations or preconceived notions.