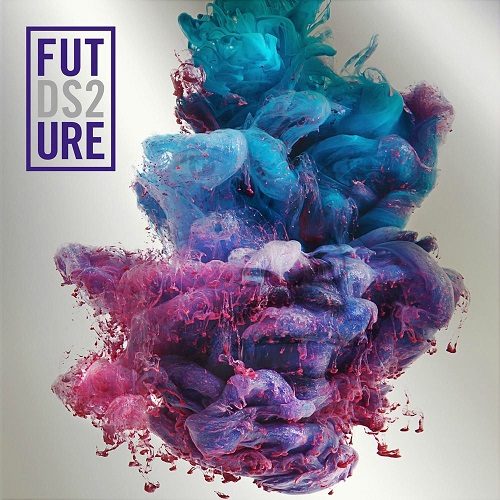 There is no denying Future’s popularity at this point. “DS2” debuted #1 with a bullet on Billboard last month, the first of his albums to do so but not the first of them to sell hundreds of thousands of copies. He’s also had several singles go gold and/or platinum, so clearly the way Nayvadius Wilburn sing-raps his verses has found a niche in the pop culture landscape.

“I just called my contractor, told him build another pool
One sittin in the back, one by the living room
I keep all my jewelry at the bank now
Alexander McQueen’s therapeutic
B#%@g I’m gettin the same money as Cam Newton
Ask me how it feel to be a millionare” – “Rotation”

I still struggle to understand what the appeal of Future’s raps is though. They rarely rhyme, they often don’t even try to, and the subject matter barely varies from one song to the next. He drinks codeine and pops pills like wild, he sleeps with any attractive woman who digs his style, he makes so many stacks he doesn’t have enough bands for them all, and did I mention all of the alcohol? I read the last sentence back and realized that in summing up Future’s topics I unintentionally made a better rap than he does. That’s not good. I have none of the credentials Wilburn does, a down Atlanta denizen straight outta Kirkwood, which (from what I’ve read) sounds like a pretty nice neighborhood but undoubtedly has more trapping than I ever saw growing up. Either way an early association with the Dungeon Family through his cousin Rico paved the way to future stardom (pun intended) and he’d have been a fool not to exploit it.

Whether or not I get why Future’s lackluster poetry, garbled delivery and AutoTuned flow are so damn appealing to today’s generation, let me not be a hater about “DS2.” If there’s one thing Future does right it’s work with the right producers, such as Southern standout Zaytoven on the track quoted above. The majority of “DS2” is handled by Metro Boomin, Southside or both and they’ve clearly picked the right booming beats and melodic notes to match Future’s singing style. Catchy songs abound throughout, including the DJ Spinz and Southside produced “F@$! Up Some Commas,” exclusive to the deluxe version.

The current hit tearing up the chart right now is “Where Ya At” featuring Drake, the lone guest appearance on the entire album, and the song’s popularity is undoubtedly not hurt by Drake’s feud with Meek Mill. If Wilburn was only going to have one cameo, that was the right one, and Graham makes sure to AutoTune and sing his way through the song too so the styles match up. It’s also one of the more logical songs lyrically in terms of the word play and the topic matter, noting that most of the people jocking them now weren’t down since day one.

If you want tracks to rattle the concrete on the street and shake the fine china in restaurants when you drive by, you could hardly go wrong cranking “Groupies” or “Rich $ex” to the maximum. “I’ma keep pimpin on some rich s%@!” brags Wilburn on the latter, and no doubt he will, so let me not stand in the way of Future achieving all of the fame and fortune he’s destined for. I won’t ever pop a band in my life. I’m going to venture that most of our readership never will either. If you can get into the fantasy and ignore the reality then “DS2” might be good escapist music for a little while, but even 50 Cent admits that most of that baller stuff is for the cameras. Whtetver Future makes I hope he’s investing it FOR his future, at whatever point his run on top of the charts comes to an end. All runs do.