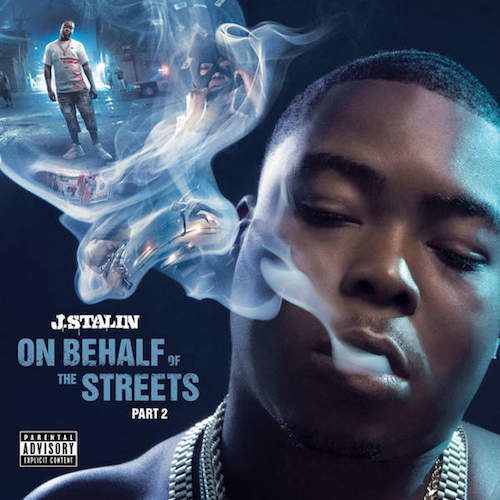 In October 2016 Oakland rap artist J. Stalin celebrated the 10th anniversary of his debut album “On Behalf of the Streets” with a brand new release that commemorated the first full-length via the title. The original “OBOTS” was strictly regional and nowadays practically unobtainable in physical format, but when you take a listen online, you’ll witness a manifestation of vintage Bay Area rap craft. Since then J. has been Stylin’ relentlessly across a steady stream of albums and mixtapes, and while fans cite collections such as “Gas Nation” or “Prenuptial Agreement” as his best work, everybody who presumes to assess the career of J. Stalin would be well advised to give due consideration to that 2006 debut.

That’s to say that “On Behalf of the Streets 2” is a sequel who has a mark to meet, although obviously not to the degree of “2001,” “Stillmatic,” “The Marshall Mathers LP 2,” or “Only Built 4 Cuban Linx… Pt. II.” One step towards meeting that goal is the re-recruitment of The Mekanix, who again handle the entire production. One of the most melodic MC’s without the support of vocal enhancers, the LiveWire General is a naturally engaging vocalist, and by frequently seeking out collaborators like DJ Fresh, JuneOnnaBeat or The Mekanix, who hit the same notes musically, he provides a listening experience that is simultaneously soothing and refreshing.

By no means does that imply that J. Stalin is a family-friendly act. Anyone with a bias against people with drug-dealing pasts will not be pleased when listening to his music, and those with a modicum of understanding towards such a biography have to come to terms with the fact that among his customers were members of his own family and that Stalin still more or less openly glorifies the street sale of controlled substances and continues to build much of his image around it.

There’s a deep-seated fatalism behind such casually delivered success stories. If you let J. Stalin tell it – and this music is exactly where people like him get to tell it – drugs were the only way out for him. Contrary to the title, “Over the Years” focuses on his childhood. And that went apparently a little something like this:

“I used to see pictures of my daddy in jail
Seen him trapped in a cell
like it was Hell on Earth
My whole family got the drug-dealing curse
So I make sure I got some coke, nigga, every 1st
Glued to the turf, and I ain’t leavin’, nigga
Them chopper bullets’ll have you bobbin’ and weavin’, nigga
Married to the streets, hope she don’t leave a nigga
Still a disappointment to my teachers, nigga
[…]
My momma used to cook coke for the Acorn Mob
She was trappin’ and drug-dealin’, never had no job
My daddy was up in prison still catchin’ his nod
[…]
My momma went to jail and my sister cried
I don’t never ever wanna see that pain in her eyes
I ain’t felt this bad since my brother died”

When Jay stresses, “I wasn’t raised like them other kids,” even tough-on-crime hardliners have to agree. He’s the type of artist who can’t – or won’t – let go of his past, condemned to spin in the hustle’s hamster wheel seemingly forever. Unfortunately for his latest creative venture every type of track here has a superior equivalent in his discography. Simply put, J. Stalin the rapper has seen better days.

The combined competence of the rapper and his producers guarantees a smooth surface. In terms of track sequencing, a more hedonistic and libidinous middle part is balanced by weightier tracks that open and close the album. Kenny Tweed and 4rAx have a solution for most musical challenges thrown their way and while they can do new, touching on traditional bases like soul and funk isn’t a bad idea in the case of J. Stalin, who carries the chromosome of original gangster rap. But the trait is not so characteristic that it would produce any number of classic songs. “Knock on Me” checks infamous underworld figures and starts off promising with “This game don’t love nobody / Nigga, you can ask John Gotti / A nigga who had all the love and all the pull / But in every hood there’s a Sammy Bull,” but quickly declines into simple namedropping. Stalin’s coke raps are perhaps more detailed and credible than what we’re usually dealing with, but they remain plain just the same. Gems like “We be pushin’ big birds that be flyin’ away” or “My tongue numb with rocks underneath” are too few and far between.

The offering is so vehemently below average that it’s easy to get upset over details like every single track being tagged with the same “The-the Mekanix” scratch or almost every song mentioning 10th Street and/or Cypress Village. And if you want to get really pedantic, you can compare the carelessly cobbled together “Cindafella” with Dana Dane’s classic “Cinderfella Dana Dane” story track. And if you want to get fundamental, it’s rather sad to hear a rapper say, “If I had one wish I’d bring Tupac back” who comes across like an Outlawz member if he had never met Tupac.

Bottomline, in 2016 there was zero progress on J. Stalin’s part. “OBOTS2” sees him going through the motions, essentially acting like a smalltime hustler with a big mouth. Make no mistake, the guy’s got a story to tell, and he already told it well on various occasions, but this anniversary could have been an opportunity to step it up or step outside of the box. Cutting his projects down to a contemporary size. Cleaning up his language. Inviting guests that open doors elsewhere. Growing up in general (and leaving the gross stuff behind). Things rappers do to get to that next level. Even though he is one of the most straightforward rappers you’ll ever meet, looking for an alternative route would have been the way to go.