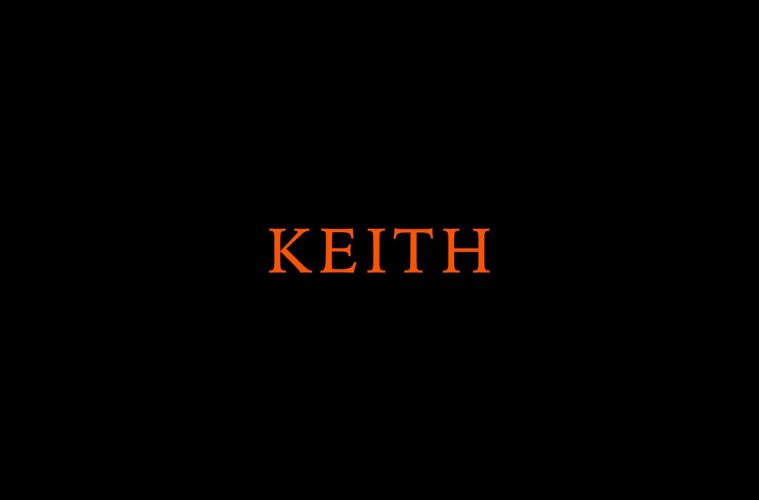 It’s a bit incomprehensible to me that Keith Thornton is 55 years old. “Incomprehensible” is also a popular word to describe his lyrical stylings. From the Ultramagnetic era to his cult status as Dr. Octagon through dozens of solo albums under his own name, Kool Keith has confounded critics, listeners and fans alike. As a life long devotee of his work under all of his numerous alter egos, I’ve always understood that Keith simply doesn’t think the way the rest of the world does. Although he has since denied that he was ever institutionalized, the idea he spent time in Bellevue hewed close enough to my understanding of his art that it seemed entirely plausible.

“KEITH” is an album befitting of both his self-made mythology and his actual inscrutable psychology. The best advice I can give new listeners is to look elsewhere, because this is not an album to start delving into his catalogue with. On the plus side this 44 minute album is produced entirely by Psycho Les of The Beatnuts. The worst entries in Keith’s extensive discography are almost always self-produced. For all his intricately non-traditional word play and unconventional storytelling ability, Keith was not similarly blessed with an ear for selecting quality instrumentation. Handing those reigns off to someone well known for production raises the quality of a Keith release and seemingly frees him from the burden of having to do double duty, resulting in enjoyably mad exercises like “Holy Water.”

“The Bentley donated to the Reverend Brown
The silence when I talk, nobody make a sound
My head perfect round like Charlie Brown
The wickedness, no such thing as a king with a crown
Why would they use the image to force the buffoonery?
That’s like you trying to fly like you got wings
You only a human being!!!”

At times like these Keith almost makes sense. The relation of the song title to the lyrical content is inscrutable but at least the Kool one is telling a story you can largely follow and making points about things albeit in a random and arbitrary fashion. Ironically he’s one of the few rap artists imaginable where making sense most of the time really doesn’t matter. Keith has a distinctive vocal tone, goes on and off beat with ease, and is simply a fascinating individual to listen to wax poetic about absolute nonsense. He can talk about pigeon s%#t and make you nod your head to it. The downside is that he’s so used to indulging his own excesses that he doesn’t realize when he’s flowing on a mundane beat or obsessing over his favorite topics. “Open & Wet” veers back and forth between lambasting mediocre trend chasing, NBA baller dreams, and (at least you’d expect this much from the song’s title) fantasies of sexual conquests.

The album features three lyrical collaborations, two of which are a very pleasant surprise. “Zero Fux” with B-Real of Cypress Hill could be one of the most apt titles for a song either has ever been on. The Southern rap style Keith emulates on “She Answer” makes for an interesting counterpoint to the unusually calm toned down flow of his counterpart Jeru the Damaja. Sadly the only guest feature that misses the mark is producer Psycho Les, who also seemed to phone in the beat for “95 South” to boot. Be sure to check out either of the other two and skip the last one entirely.

The Psycho Les production holds up for the majority of the album and also elevates some of the sillier sexual overtones of songs like “Plush Mink,” where Keith vows to “show your confetti, make you Boop like Betty” and “make it tight with KY Jelly”. If you’re someone who has ridden with Keith for 30+ years, the cringe-worthy moments are part of the experience; if you’re not, you may wonder exactly what the hell you’re listening to. That said Kool Keith does cut through the miasma and surprise with insightful incisions on tracks like “Slave Owner.” The comparison to the music business may be obvious but that doesn’t make it any less accurate.

In summary “KEITH” is exactly what you should expect from Kool Keith at this point in his career, which perhaps says something about why the album is self-titled and stylized in ALL CAPS like MF DOOM’s name. It’s an emphatic statement of self-actualization. “This is me, warts and all, take it or leave it.” Fair play Mr. Thornton. I can take it, others may want to leave it, but after a career spanning four decades you’re entirely entitled to make any kind of music you like — good, bad, or indifferent. It’s all up to you.