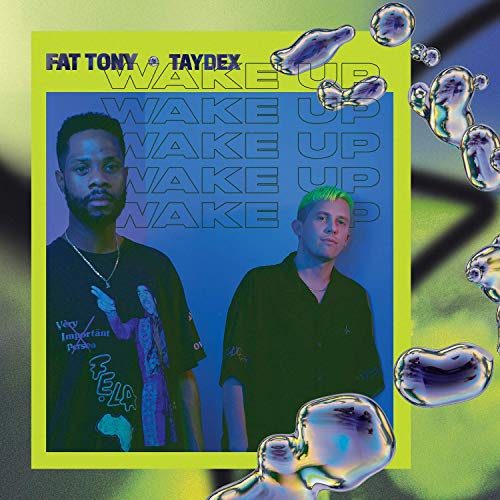 Anthony Lawson Jude Ifeanyichukwu Obiawunaotu is better known as in the rap world as Fat Tony, but that has to be because he’s a fan of The Simpsons, because as someone who could stand to lose a few pounds I’ve never seen a picture of him that looks large. He’s certainly living large though after first breaking through back in 2009 and being interviewed on RR four years ago. The Houston rapper’s trajectory has been almost entirely upward, to the point he even hosted his own TV/web show named Thrift Haul and went apartment hunting with everyone’s favorite “I Got Depression” rapper Zach Fox.

It’s one of those odd life coincidences that his new album “Wake Up” features a track called “Omaha.” I can’t draw any personal conclusions from out though since like most of America it seems to be a layover or flyover as opposed to an actual destination. “Fork in the road I took a right/looking for a spot we can spend the night/We gon’ get gas in Omaha/We gon’ get there in no time/Just missed the rest stop/Then I missed the next spot/Pissed in a Starbucks, right by the Best Buy”. I get it y’all. If I didn’t live there I’d probably feel the exact same way — it’d just be a stop on the way.

A better example of Tony’s vibe would be the track “Godly” featuring Negashi Armada on the hook. Taydex provides an extra layer of thump along with some crunchy guitars as Tony freaks a fast flow. If I say the whole presentations sounds like the Texas trill version of Tyler, The Creator its meant entirely as a compliment. “I don’t need a live band or a mic stand” brags the cocksure F.T. and by all appearances, he’s right.

“Wake Up” is not an overly long album by the standards of what an album used to be, but at 22 minutes and change over 10 tracks it’s “half short and twice strong” as GZA would say. Tony’s “fuck a label” and “I don’t tap dance for you” attitude on “Make It” belies the fact he’s actually signed to Carpark Records, but there’s a aesthetic to his combination with Taydex that makes even an AutoTuned track sound more like rapping than R&B when for 95% of rappers today it would be the other way around. He’s not crossing over to YOU, you’re coming to him.

Tony talks his shit on songs like “Cut That” where he dismisses fake friends and traitors, and the old school sounding “Magnifique” where he brags about his “whipping it up like a motherfucking chef” and actually means FOOD and not the white stuff in Pyrex pots. That among other things helps distinguish Tony from being just another street pharmacist turned emcee. Taydex knows how to get the best out of Tony with a variety of different sounds from hella hard to bouncy and fun, while Tony knows how to make the best of a Taydex beat by not doing the same ass shit every copycat emcee does. Hopefully this is a collaboration that will continue for years to come. “Wake Up” was worth waiting over a decade for.