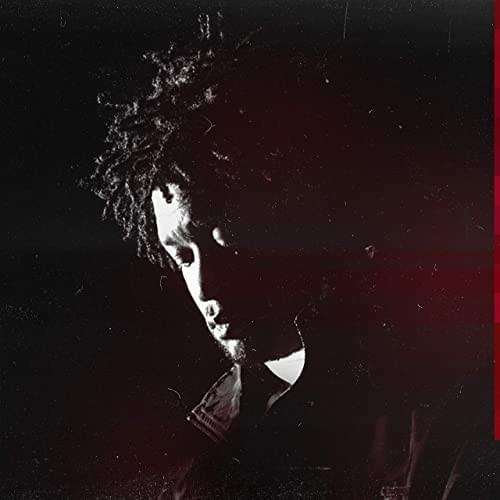 Under the iconic BBK label (Boy Better Know), Frisco has carved out an admirable career as Grime’s workmanlike figure, sitting neatly between JME’s lighthearted personality and Skepta’s more menacing charisma. This does however mean he’s not as well known outside the UK, which is a shame, because his confident bravado and tales of success are more akin to an American emcee.

There’s a celebratory mood throughout “Familiar Stranger”, Frisco’s third studio album, whether it be the added polish in the production or the reflective nature Fris displays in his lyrics; the 38-year old from Tottenham mirrors the genre he has helped build as he grows older with it. This is acknowledged on “Big Bro” (“man older than me callin’ me Big Bro”) without losing that youthful confidence and a certain musicality that reaches beyond just being another Grime record.

“Money Call” is a charming ode to spending your hard-earned with a heavy dancehall feel. It’s immediately followed by Spragga Benz blessing “Cool Nuh” with a sweetly addictive hook that is guaranteed to get the ladies dancing, the fellas shuffling and the bouncers bouncing. Probably. “Like I’m Spose To” is more akin to late-night R&B – ironically these are two of the best tracks on the album. Justification of this different direction isn’t fully realised, however; “J’adore” throws some trap into the mix and is a drab example thanks to Frisco’s Autotuned approach – it never feels natural.

The single “Karma” is more successful. A mix of the smooth operator and casual threats, it weaves some neat examples of karma into a club-friendly number (remember clubs?). One bar grabbed me and accurately describes Frisco more than anything else: “I ain’t got to keep screaming that I’m real because that’s my main characteristic”. The bragging never feels cocky and similarly, the rhymes rarely veer into top tier lyricism, itself a skillset that can feel overly manufactured. While there is a drop in energy in the music overall, it doesn’t mean there aren’t moments where it gets rowdy. “That Guy”, again features two notable guests (JME and Devlin), and is pure fan service.

The first track “Thuggish Ruggish” is suitably playful but sounds like someone mashing a doorbell, or worse, church bells. It’s a strange beat to start an album with, and there’s definitely a commonality running through the production: sombre melodies and punchy basslines. It suits Frisco’s style as he rhymes in a calculated if unspectacular manner. The best example of this is “Colours” which sees heavy hitters Ghetts and D Double E dominate with their big personalities. “Red Card” is another blockbuster reuniting the BBK trio:

Compared to his previous work, namely, 2016’s “System Killer”, the tracks are lengthier and can outstay their welcome in a way Frisco records usually don’t. “System Killer” certainly lived up to its title, boasting speaker-shredders like “Garn Again” and “Clear” so if you’re expecting something similarly lively you may be disappointed. But “The Familiar Stranger” shows growth to fans and is also accurately titled. The BBK emcee tries some new things in between serving faithful fans some old-fashioned pass-the-mic sessions. It may not be as memorable as recent efforts from Ghetts or D Double E but it’s an interesting and worthy addition to Frisco’s discography, itself underrated. An everyman emcee with something for every man (or woman).