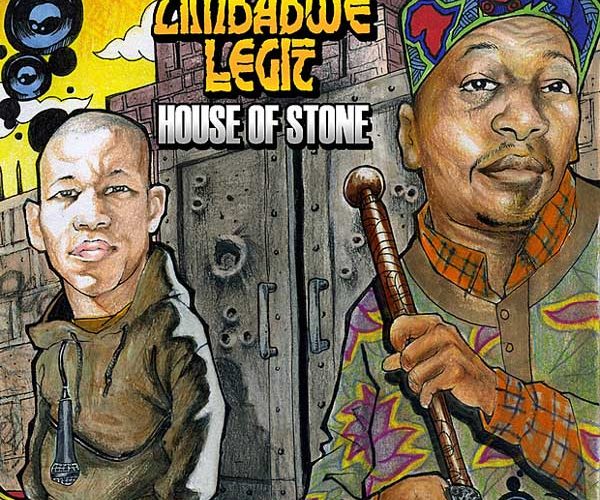 Fifteen years – I really have to put that into perspective to properly frame this review. Fifteen years ago I often had to choose between my next meal and my next rap CD. Fifteen years ago it was 1992, and I was still a kid in high school waiting to go to college. Fifteen years ago I remember an ad from The Source touting two releases from Hollywood BASIC – Organized Konfusion and Raw Fusion. I vividly remember standing in front of a CD bin with each one in hand, knowing I had read good things in print and online (mind you these were the days when the internet was almost entirely text based), but having to choose just one. Do I go with the album featuring the guys from Digital Underground, or do I go with the guys who did “Fudge Pudge” and “Who Stole My Last Piece of Chicken?” Ultimately I chose the latter and never regretted it, because the self-titled OK album proved to be a life-changing experience I’ve written about at length. Nevertheless the experience did cement the name Hollywood BASIC into my head, and even though the label didn’t go on to become the powerhouse cornerstone of hip-hop ITHOUGHT they were at the time, I kept a close eye on all the projects they put out until they faded into musical obscurity. Names that would therefore be otherwise meaningless to even the most dedicated rap scholars stick out in my head – names like Lifers Group and Zimbabwe Legit. Ahh – Zimbabwe Legit. The hip-hop duo of comprised of Akim and Dumi Right, whose EP was sold to the public as “real African lyrics from real Africans.” That might seem like a strange marketing concept these days, but Afrocentricity was still a strong force in hip-hop music and culture at the time. Arrested Development were encouraging brothers and sisters to find their roots, King Sun spoke proudly about what it meant to “Be Black” and X-Clan were stomping out sissies and cave dwellers on their way to the East blackwards. Common used to love H.E.R. this way, and so did I.

A lot of time has passed since then. I graduated high school and went to college feeling rather full of myself, more than happy to leave behind my rural background and style myself as the #1 online advocate of hip-hop, sometimes with great success and at other times with great personal embarassment. I never wore any Cross Colours clothing or tried to mimic an accent that wasn’t my own but the “whigger” name-calling still dogged me even in an environment that I naively thought was supposed to advocate expanding your mind and your worldview. I once wrote an editorial for the student paper stating that rap fans should listen to country, country fans should listen to metal, and metal fans should listen to rap. To me this was a fantastic way to broaden everyone’s horizons, but the hateful drunken phone calls (all day and night) got so bad I unplugged my answering machine and eventually pulled the phone cord right out of the wall and stayed disconnected for two weeks. Needless to say I didn’t stay at that institution of higher learning very long, but each successive move got harder as I had more crates of records and cases of tapes and CD’s to pack. Somewhere along the line that original Zimbabwe Legit album vanished – I honestly don’t even know if I had an original copy or a bootleg tape traded to me by a friend in Canada. Nevertheless I never forgot the group or the name, so to be honest when One Line reviewed the O.U.O. album on our website I should have picked up on the fact this was the ZL operating under a new name and modified format. I regret now that I ignored that album and didn’t take on the review myself, but with “House of Stone” I have the chance to redeem myself. After 15 long years, with the help of Cadence, Zimbabwe Legit have returned to reclaim their name.

In case you’ve gotten the wrong idea though, don’t expect thick African accents and tribal chanting. Akim and Dumi Right are good ol’ fashioned United States hip-hop; in fact I’d go so far as to say underground New York hip-hop. That’s evident right from the jump off on “Vicious Cycle,” a banger produced by The Saint that features YZ, another long unheard-from MC from their same era. The other collaborations on the album are equally unexpected and pleasantly surprising. Chubb Rock and Vast Aire jump on the mic for “Wake ‘Em Up.” Prince Poetry of Organized Konfusion fame chops it up with ZL and stic.man from Dead Prez on “Evil That Men Do.” It’s old school to new school throughout the CD, as Mike G of the Jungle Brothers shows up on the Cadence produced “Where I’m At” while with the same producer “Take Back the Mic” features a completely different line-up that includes Apani B. Fly Emcee and Breez Evahflowin’. Hints of ZL’s African roots are actually few and far between – a short interlude called “Mfowethu,” a skit called “Council Resolution” and an instrumental called “The Smoke That Thunders” which suggests a sweeping expansive plain in Eastern Africa where you could hear lightning strikes echo for miles and miles.

For better or worse the sheer number of guest stars on “House of Stone” prevent one from clearly focusing on the lyrics and styles of Akim and Dumi. In fact I re-read the press release several times before writing this review just to make sure and couldn’t find one song that featured ZL all by themselves. Feel free to do the math with me. There are 9 full length songs featuring guests. There are 17 tracks overall. Now out of 17, subtract 4 skits – that leaves 13. Out of 13, subtract 2 instrumentals – that leaves 11. Out of 11, subtract “Mfowethu” since that doesn’t feature any rapping – that leaves 10. Therefore on 90% of Zimbabwe Legit’s songs, ZL is sharing mic time with other rappers from yesteryear or today. There’s only one song where they get to rock all by themselves, and that’s the Olatunji Mason produced “Gotta Do”:

“MacGyver, he’s the chaffeur, everything is kosher
But every step you take you know they’re watching, and getting closer
Rendezvous is at the Ponderosa
It’s us who’ll be the first to bust like Crispus Attucks
But keep it on the hush… you never know
who might be plannin to bumrush, and eavesdroppin”

Ultimately “House of Stone” seems to be somewhat less solid than the strong foundational name of the album would apply. This is in no way shape or form a bad album, a dissapointing album, or an album you would regret purchasing and listening to. One can argue that Zimbabwe Legit is back in effect, but with so many guests on their album it’s hard to discern what they’re trying to say in 2007. Is it still “real African lyrics from real Africans,” is it East coast underground hip-hop, is it a revival of Afrocentricity or is it a call for hip-hop unity? It may be none of these things, it’s probably all of these things, but the voice of ZL is never clearly heard on this CD. If like me your memory runs long back to the days of Hollywood BASIC you may find “House of Stone” not the revelation you expected. Instead it’s a brief glimpse into a faded past which brings back memories of both joy and pain.