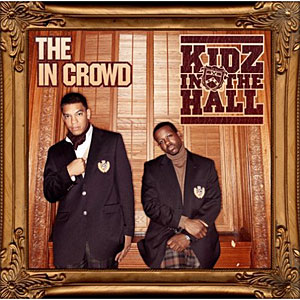 Kidz in the Hall :: The In Crowd

he kids making dope records today were born back when I was just dicovering hip-hop at the age of 9. The kids putting out releases in stores don’t remember an era before the Wu-Tang Clan existed. See those kids standing out there in the hallway? They haven’t even finished college yet and I graduated a decade ago. It’s amazing the shit kids are on these days. They’re growing up faster, they’re dropping records that are fresher, and their connections in the music industry are impeccable. I didn’t have connects like that when I was in school – “The In Crowd” was the furthest place from where I stood. Of course it probably didn’t help that I was the only kid in my graduating class rocking hip-hop while everybody else was into country music, but sometimes you can be the kid ahead of the curve too. If I was the kid in the hall it was only because I was standing there alone, on my own shit, willing to go solo rather than join the masses just to fit in.

Perhaps kids today can relate though. We may have grown up in different eras with different peers and a different outlook on how mainstream hip-hop is, but there’s little doubt when I hear “Drivin’ Down the Block (Low End Theory)” by Kidz in the Hall that they are speaking my language. The self-produced beat by the group’s DJ Double-O is that fire, thumping like the eight-oh-eight’s of old, which is only appropriate when you hear samples of Masta Ace’s “Jeep Ass Niguh” making up introduction and the chorus of the track. If that weren’t enough of a 1990’s nostalgia trip, Naledge even interjects some singing interpolating the chorus of OutKast’s “Elevators (Me & You)” about two-thirds of the way through. At times Naledge reminds me of Pusha T from Clipse or Sonny Cheeba from Camp Lo vocally, but where the Lo camp often spit non-sensical shit Naledge lives up to his name with high quality verses:

“Pimp in my own mind, bumpin my music
Braniac dumb dumb, got a degree stupid!
{Drivin’ down the block} I’m stuntin like David Blaine
Onlook is +Major Payne+ sorta like Damon Wayans
Girls fantasize ’bout havin labor pains
Look and see my ride and they thinkin that I make it rain
Got a Cadillac car and a dream girl
Merrily merrily, my life is a dream world
Two miles an hour, so everybody see me
Belly on the TV, if only you could be me”

Should it come as any surprise that Kidz in the Hall are pushing this song as the first single off “The In Crowd?” Of course not – nor should it come as any surprise that they further exploited the crossover potential of this song by getting Bun B and Pusha T to drop verses on a bonus track remix. In fact even Camp Lo recognize the familiarity of their sound as they jump in the mix for a track of their own with the Kidz titled “Snob Hop.” Lest you get the wrong impression these Kidz are not one hit hip-hop wonders – they rocked the hip-hop underground in 2006 with “School Was My Hustle” and thanks to joining the Duck Down label they’ve now got some extra marketing muscle. Double-O’s musical production links together a divergent range of sounds and guest vocalists, pulling a 9th Wonder on “Paper Trail” featuring Phonte while making “The Pledge” so strong that you might think Kanye West or Mr. Walt was on the beat to make Buckshot and Sean Price sound so sweet.

Naledge vacillates lyrically from “kid with the urge to ball like an NBA player” to “kid looking to spit that next shit” – usually in the same song. “Mr. Alladatshit” is the perfect example, bragging he’s “fresh off the plane from ‘broad – hi haters” while simultaneously busting chops of lesser lyricsts who “read Swagger 4 Dummies” to get an infusion of attitude. Clearly Naledge doesn’t need such a tome, as he’s got plenty on tap in the dome to catch you out there, although the crazy thing about these Kidz is that it doesn’t seem like they’ve reached the end of the hall at all.

“The In Crowd” is a largely enjoyable record with very few missteps, but it’s actually a little bit frustrating that they hint at Little Brother or Lupe Fiasco-esque levels of dopeness yet are content to hold the hand they’ve been dealt instead of drawing for a straight flush. If Naledge and Double-O push their respective beats and rhymes to the next level they won’t just be Mr. Alladatshit, they’ll be Mr. Rap Duo of the Year in decades to come. Kids in 2018 will hear stories about the era before their albums hit stores, back in the days when Shawty Lo and Rocko convinced us all that hip-hop was dead. These kidz are showing that hip-hop has life and living the life all at the same time.