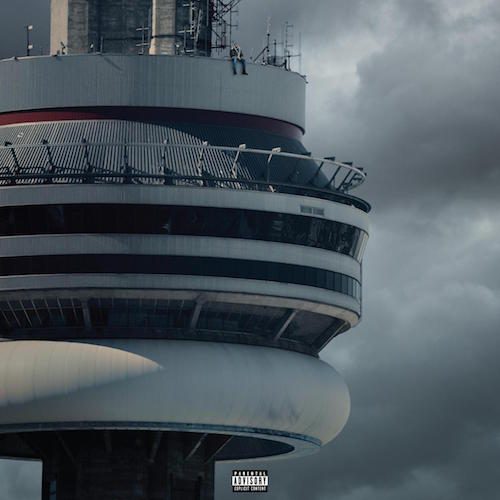 Is this the beginning of the end for Drake? “Views” is simultaneously his most polished album yet arguably his worst. His career seemed to have survived a mixed 2015 in the best way possible, and “Views” seemed as though it would be a victory lap – instead, it ends up a pity party, with Moany McMoanface as the host, constantly chewing your ear off, spewing out every problem he’s ever had bottled up (like Bruce Willis’ turn in “Friends”). It’s obtusely long (over 80 minutes), and packed with too much filler. Having thoroughly digested “Views” you can see what Drake was aiming for – it absolutely makes every other album of his look inferior in technical knowhow, but utterly forgets the point of music. The truth is that the first four songs on “If You’re Reading This It’s Too Late” are better than the entire “Views” album – and he didn’t even write those songs.

“IYRTITL” has proven to be a catastrophe for Drake’s career, one that he seemed to have overcome but the ghostwriting accusations will surely be dragged up when trying to pinpoint the exact moment when his star started to fall. It was a shock release, arriving with no warning. The first section of the album was so wildly different to anything we’d ever heard from the Canadian… Cats were like “I ain’t know he could do this shit” and it absolutely altered the perception of what Drake could be, what he could achieve. Then, we discovered that he didn’t write those songs. The glass shattered. As a result, listening to his back catalogue is a jarring experience, one where you think “Hmmm… That sounds like _____ wrote it” and that feeling continues on “Views” – something like “Child’s Play” sounds just like J. Cole, and that could be entirely wrong, but people will still second guess Drake from here on in.

There are some good songs, make no mistake. “9” has that “Take Care” feel to it, as does the enjoyable “Still Here” (which bounces along playfully). “Feel No Ways” is essentially “Find Your Love (Pt 2)” with Kanye West contributing behind the boards once again. There are some catchy dancefloor tracks that are allegedly representative of Toronto being a multicultural place, but in reality are just riding the wave of Justin Bieber’s “Sorry” and Rihanna’s “Work”. “With You” possesses about 1% of Drake’s DNA, with PartyNextDoor doing the heavy lifting, but at least it works; ditto the excellent one-two of “Controlla” and “One Dance.” The latter of those directly lifts a “funky” anthem from the UK by Crazy Cousinz featuring Kyla, and slows it from (I used to DJ the shit out of it) about 127bpm down to a more Kevin Lyttle “Turn Me On” pace of about 105bpm. Truthfully, I don’t find Drake convincing on either track: he comes across as a fan, sure, but predominantly a tourist. That may be harsh but Bieber played “Sorry” with a straight bat (no forced accents), and let Skrillex take care of the music. Drake is putting on an act, with attempted patois that grates a Londoner’s ears. Still, shit bangs on the dancefloor.

Other pleasing moments include Future’s arresting verse on “Grammys” (you’ve got serious problems if Future is the best rapper on your own album) and a sultry Majid Jordan killing the “Summer’s Over” interlude (that really could have just replaced the album’s opener “Keep the Family Close” entirely. “Too Good” features Rihanna, and continues their good work together, although it sounds nothing like either artist, rather a shop-bought ready-made hit. The title track finds Drake going the hardest, and despite some abysmal lines, it generally hits the mark in a manner not entirely dissimilar to “Lord Knows”. And then, the inescapable “Hotline Bling” is tacked on as a bonus track – a harsh outcome for the cheesy wonder, which was an absolute fluke. It’s still the catchiest track by far that Drake has possibly ever released, and the overwhelming seriousness of “Views” could well have used a touch of lightness. So yes, there really are quite a few tracks that are worth your time, but there are twenty on offer, with arguably just over half being genuinely worth the entrance fee/monthly subscription.

“There is a lot of filler, here, it’s like going to a Subway” is the level of corniness on offer at times, not unlike “The Life of Pablo” – but that took massive risks, at least, and proves infinitely more attractive in comparison. “Pop Style” was awful when Kanye and Jay Z were on it, and it’s even worse without them; “Child’s Play” has a couple of funny lines, but it hardly earns its place in the team, ditto “Hype” and “Faithful.” The opener gets things off to a depressing start, and shrouds “Views” with a somewhat misrepresentative air of anxiety and depression. Drake contradicts himself constantly, and that’s fine because, well, this is hip hop. But he really chats some shit this time round, complaining about exes who don’t keep in touch, who do keep in touch, who linger, who move on, who dare to breathe… It’s exhausting and starts to feel incredibly disingenuous. If I were a woman, I’d lose interest in this album and Drake quick sharp: his misogyny is that annoyingly subtle type, one where he shames women for doing anything at all in the most backhanded ways imaginable. It’s one thing to rap about “bitches” in an overtly obnoxious way, but Drake openly attempts to control women who flit in and out of his life. It’s tiresome behaviour, especially when he gloats about not getting married in his twenties, yet comes across as lonely and spiteful (this is where “No new friends” starts to backfire). Songs like “Redemption” play on this, and when combined with 40’s signature sound, it’s finally played out.

To be honest, Drake is probably playing a role here (Moany McMoanface), just as Beyoncé did on “Lemonade” (woman “scorned”) last week. The biggest difference is the simplest one – her album is twelve tracks long, generally solid, and has 4 or 5 excellent songs. Drake’s has twenty and subsequently the hit ratio feels depressingly low. I bet Jay Z hasn’t even done anything and the whole cheating/Solange situation was manufactured, but Beyoncé successfully spins it into something interesting. Drake’s “Views” is him lying on a therapist’s couch whining for large chunks of time and the album drags as a result. Yet, if you took the best dozen tracks, you’d have a perfectly enjoyable, listenable LP (in fact, I just tested this and it’s true). It’s a level of self-inulgence that the Canadian thinks he’s “earned” but in reality, the only genuinely incredible album he’s ever released is “Take Care” – the rest range from mediocre to good. “Views” has unfortunately forced us to look at his career and judge it retrospectively, especially when coupled with the revelation that he used ghostwriters for rap verses (something I consider unforgiveable when you’re supposed to be one of the top rappers in the game). It not only reframes his entire body of work, but his place in the pantheon of hip hop history (rappers can have great runs, when was the last time you bought a Nelly album?). You never think the end is coming until you get there. He dropped the “6” from his album title, so peace to Toronto, we had to bring it back again with the score.