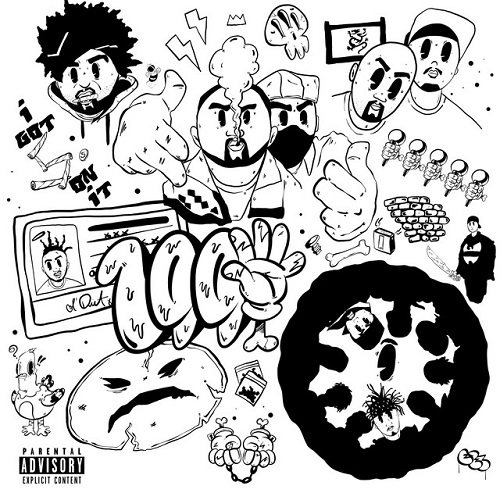 “It’s time to move a muscle
See, the year’s ’95, everybody gotta hustle”

(Lost Boyz, “Lifestyles of the Rich and Shameless (Remix)”)

If you were to retell the history of rap and hip-hop music in periods, you would probably cite a prevalent mentality or attitude that governed the defining recordings of each period. By 1995, the hustling mentality dominated some of the year’s most important records (although the greatest ones manage to escape a single descriptor, see “The Infamous”) especially on the East Coast, which was admittedly tailing L.A. and the Bay (and H-Town) in of terms this particular subject matter. Either way the ‘hustle’ had become a key word or even just a catchphrase that suddenly had a ring to it beyond the act and fact of hustling.

Gimmick or not, the mid-’90s were the heydays of East Coast hip-hop with that hustling edge. Arriving later, the super successful 50 Cent had a number of predecessors in Queens, among them, oddly enough, the above quoted Mr. Cheeks, who also knew how to strike that balance with club tracks, riding tunes, storytelling, etc.

Enter upstate’s 38 Spesh – an evident admirer and acolyte of these days – with his 2020 project “1995”, billed as the sequel to “1994”. Comparing the two projects, the nine-pound edition probably originated as follows: “Oh yeah, 1995 was great too, but I don’t have the time to remake beats and organize all the Trust Gang affiliates again, so let me just rap a little bit over original beats and call in DJ Green Lantern to provide that vintage mixtape touch”.

That’s “1995” summed up, a limited bootleg beat selection walked over by a rapper who’s maybe too much trying to be that character that he has in mind, always with that snarky undertone that is purposely on the ignorant side. He occupies “Round Table” all by himself, benefitting from the first stellar beat, AZ and D/R Period’s “Mo Money, Mo Murder ‘Homicide'” (off the album that connects “Illmatic” and “It Was Written”), the perfect combination for his compelling boss talk.

Next up is the “Ice Cream” beat, and it’s against these more artistic templates that Spesh’s rigid rhyme patterns and invariable flows cause friction. His vocals just don’t live up to the liberties the music would provide. Consider the original colorful performances of Raekwon, Ghostface and Cappadonna in comparison. The same goes for the other RZA classic, “Shadowboxin'”, whose proprietors are GZA and Method Man. But maybe that’s also simply due to the difference between a full original song and someone spitting just “straight bars” over a golden era staple.

He fares better with more straightforward arrangements like L.L. Cool J and Trackmasters’ “I Shot Ya” (the intense “Chalk Board”) or “Last Dayz”, off Onyx’ underrated sophomore effort “All We Got Iz Us”, which he uses to bring his hustle center stage on “Returns”:

“I’m the predecessor of the upstate movement
In ’05 I was upstate, weight movin’
Don’t understand how rappers feel great losin’
Be broke all day, then go make music?
[…]
Ain’t concerned with fittin’ in
More determined to do it different
I got a entrepreneur vision
So I don’t mind bein’ the Michael Bivins of this New Edition”

The Luniz’ “I Got 5 on It” being one of the most popular songs of the year, its appearance here is almost too obvious, and perhaps even slightly insulting if it’s meant as a nod to the West Coast. What about Daz, DJ Quik, Khayree and Crazy Toones? Also, “Eye For an Eye” is a great pick from “The Infamous”, why still follow it up with the ever-present “Shook Ones Pt. II”?

“1995” is a bit like 38 Spesh’s career in general – hardly innovating. After Green Lantern’s expert “Intro”, the mixtape aura begins to dim as well, leaving you with a quarter of an hour that never expands to the ‘bar exams’ we’ve seen other MC’s pass.