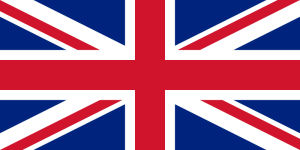 Welcome to UK Month 2013 on RapReviews.com

Is it that time of the year already? That epic month when the British come to invade your shores all over again? When Britannia attempts to rule the waves once more! Although the title of this editorial somewhat ruined the surprise, I shall merely parrot out the message it was trying to get across: welcome to UK Month on RapReviews.com! (OK, that was just sheer plagiarism). I’ve normally been the token Brit on the site, and it’s always been wonderful to be able to angle the spotlight one month a year on some of my local artists. There are ones who are just starting out, more established underground acts, commercially successful MC’s, critically acclaimed artists, and others simply beyond definition. However, this time we’re fortunate enough to have a fellow Brit, Grant Jones – who, it must be said has gone above and beyond this October – and you guys are in for a treat!

“Hip Hop” is a vast umbrella term nowadays, and you’ll witness rappers coming from wildly different scenes: Grime, Burban, soul, dance, boom bap and all that comes in between. I urge you to open your minds, as well as your ears, and listen without prejudice. And seriously, don’t use that “but the accent is weird!” argument please. It just takes a bit of effort and readjustment (hey, if you could understand Nicki Minaj on “Monster” you can crack any enigma).

It is shaping up to be an epic UK Month, and some of the artists who will be reviewed include: Wiley, Smiler, Rizzle Kicks, Dizzee Rascal, Naughty Boy, Swami Baracus, J Spades, Ghostpoet and many more. Plus, if that wasn’t enough, there are also some classic “Back to the Lab” reviews in the pipeline.

I learned a valuable lesson in 2002. That year was pretty dead, as far as hip hop went. There were a few great albums, but not enough to quench my thirst. So, I delved into the classics that I had to catch up on, and also investigated non-American rap. It was truly the most important year of my education within the genre, as my vision expanded, and everything I thought I knew was suddenly placed within (let’s face it) a very isolated New York State of Mind. There is more to this beloved genre of ours than just “that 90’s New York shit” and more than a decade on, this is certainly even more the case. Even Kendrick Lamar felt the need to throw a grenade in the middle of this rather disappointing American hip hop year and shake things up. So please enjoy October on RapReviews, and utilise it as an opportunity to boost your palette – the road less travelled, and all.